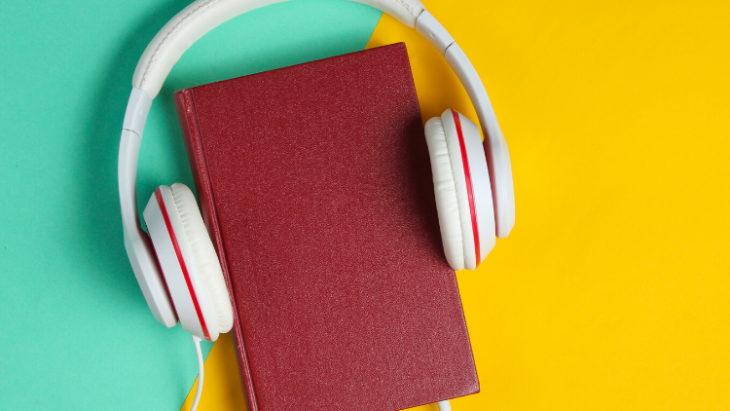 A great audiobook is always a combination of different things: a riveting story, excellent writing, and the best narration. The perfect mixture elevates an audiobook so it's hard to stop listening. But with so many audiobooks published every year, how can you find the ones that are must-listens? We've collected a list of 10 of the best audiobooks of 2019, from multi-cast to read by the author. If you're looking for entertainment throughout the festive season, then look no further!

This debut novel by Oyinkan Braithwaite is about two sisters: Korede and Ayoola. Korede, the older sister, has helped her sister cover up the deaths of two of Ayoola's boyfriends so far, so when Ayoola calls about her latest, she begins to become suspicious. Weruche Opia does an amazing job at narrating this short novel, while the relationship between the two sisters is magnetic. It was released in January 2019, but it's so good it still makes our list of the best audiobooks of this year.

You might see this on a lot of lists of the best audiobooks of 2019, and for good reason! It almost goes beyond full cast - the list of narrators runs to fifteen in total. Almost an oral history, this audiobook is more like listening to a podcast documentary about the rise and fall of a band that made it huge in the 1970s. So much so, that you might find yourself believing that they were a real band!

The Silent Patient is narrated by two audiobook stalwarts - Louise Brealey of Sherlock fame, and Jack Hawkins, famous for his role in Call the Midwife. They bring an engaging, thrilling pace to his story of a forensic psychotherapist trying to uncover why famous artist Alicia Berenson murdered her husband. Absolutely addictive and full of suspense, this is an audiobook that will keep you listening right to the end.

This is a groundbreaking book for so many reasons. The facts are illuminating just as much as the stories that sit alongside them are enraging. Caroline Criado Perez narrates her book herself, and she does a great job in getting across her anger about the way that data about women is simply ignored around the world. Get this audiobook to find out what happens when the world forgets to account for half of humanity.

Queenie has made a huge splash since it was released in April 2019. It tells the story of Queenie Jenkins, a 25-year-old British-Jamaican living in London. She struggles to straddle two cultures, as well as dealing with her own mental health. Queenie feels like she jumps straight from the page, and Shvorne Marks does an incredible job and embodyies her completely. Get this audiobook to spend time with an unforgettable character.

Bloom is the surreal tale of Sorrel Fallowfield, who finds a packet of seeds buried under a tree in her back garden one day. She can't get them to grow - that is, until she sprinkles them on her head! This book deals with powerful and important issues like the value of the environment and keeping spaces for nature, as well as the value of nuturing friendships. Probably one of the best children's audiobooks released in 2019.

If you listened to the first volume in The Book of Dust trilogy then you'll already know that Michael Sheen's narration will change what you expect from an audiobook. This second addition, The Secret Commonwealth, is no different. It follows Lyra, now twenty-years-old, and her daemon, Pantalaimon, who are struggling to keep their close relationship since the events of His Dark Materials. Philip Pullman takes the story far away from Oxford here as Lyra travels out across Europe and into Asia and discovers more about the world she lives in.

This is one of the easiest audiobooks to listen to, but it also delves into some difficult topics like microbiology and nuclear physics. Don't be put off, though. Robert MacFarlane's writing makes it easy to follow him as he journeys across the world discovering the hidden worlds beneath our feet. A book full of amazing journeys that will transform your understanding of what is underfoot.

Ramon de Ocampo is probably most famous for his narration of the Diary of a Wimpy Kid audiobooks. He brings such warmth and feeling to the budding romance between the First Son of the United States of America and Henry, Prince of Wales. The book questions the importance of the courage to love and family bonds against the backdrop of political wrangling. A really genuine romance to keep your spirits up as we go into 2020!

Lanny has been semi-dramatised for the audiobook that makes it an immersive experience worthy of this Booker longlisted novel. It's an ethereal story of a boy living in a small village after his family moved from London seeking out the rural life. It's a truly poetic and magical tale, well worthy of one of the best audiobooks of 2019.

All of these audiobooks are available to borrow from our library right now.

Do you think these are the best audiobooks of 2019? Do you have any others you'd like to see on this list? Let us know in the comments!