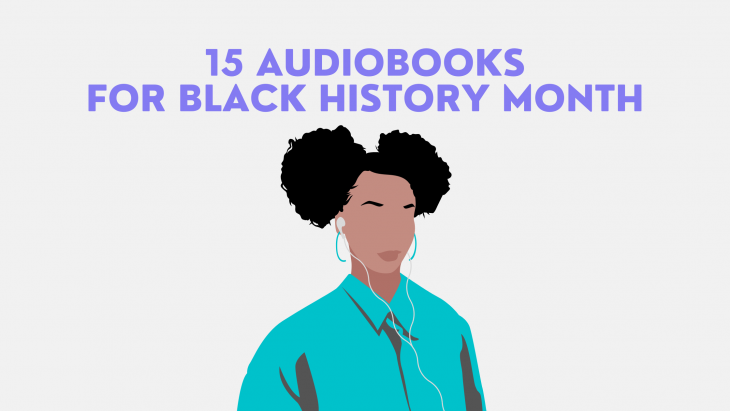 15 Audiobooks to Listen to this Black History Month

October marks Black History Month in the UK. It is a time to celebrate the history, achievements and contributions of black people in the UK over many generations.

We wanted to highlight the many audiobooks by black British authors that you can listen to throughout the month. Although it is by no means comprehensive, this list covers everything from award-winning fiction and non-fiction, to audiobooks for children and young adults.

But this list isn't just for Black History Month - these audiobooks are great listens all year round! 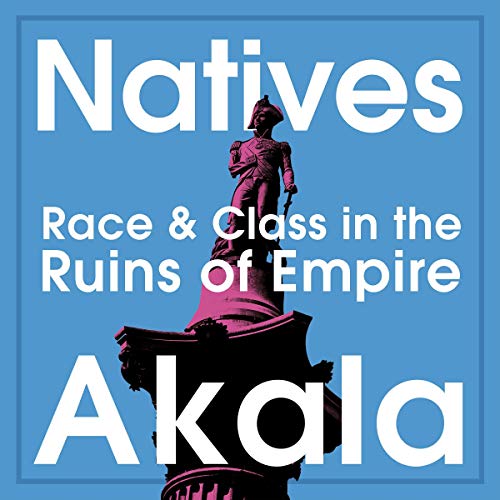 Akala is not just famous as a rapper - he's also a political activist against racism in the UK. His first book, Natives, is part personal testimony and part a wider survey of the social, historical and political factors that have led to racism in British culture. He explores the implications of the British empire and how denial and nervousness about discussing it keeps its legacy going. Plus, the audiobook is read by Akala himself, which adds an extra layer to this powerful work.

Borrow Natives from our library

Slay In Your Lane - Yomi Adegoke and Elizabeth Uviebinene 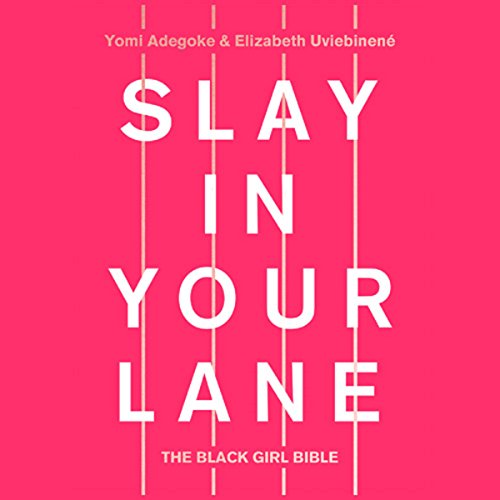 Subtitled 'The Black Girl Bible', this book delves into issues like education, the dating scene, lack of media representation and the dearth of suitable beauty products for black women. It brings together interviews with some of the most successful black women in Britain with the experiences of the authors to offer advice and inspiration. Even if you aren't the target audience, this is a revealing audiobook about the experience of being a black woman in the UK.

Borrow Slay in Your Lane from our library 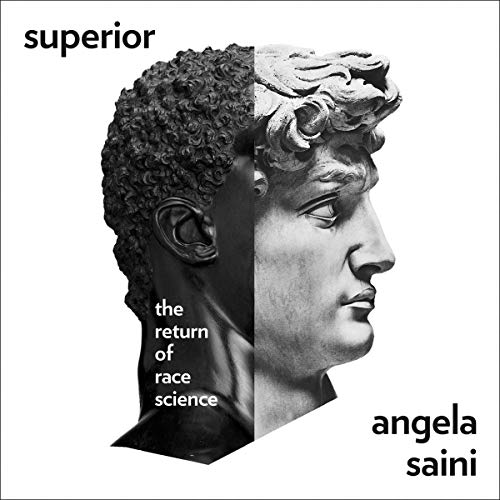 How is our perception of race influenced by the past? Science used to claim that certain races had different characteristics that led to differences in not just appearance, but also character and progress. The mainstream world seems to have turned its back on these ideas, but Angela Saini uncovers how there is still a hope of finding genetic differences between races.

Borrow Superior from our library 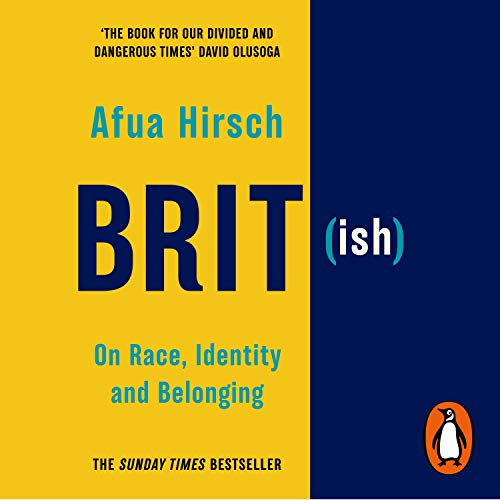 In this book Afua Hirsch explores how, as a society in Britain, we want to be post-racial, but are unwilling to consider the legacy of racism in our past. She shows how we see ourselves as the nation that abolished slavery without considering how Britain was at the heart of its genesis. She also considers what a 'British identity' is, and how far we allow that to include minorities.

Borrow Brit(ish) from our library 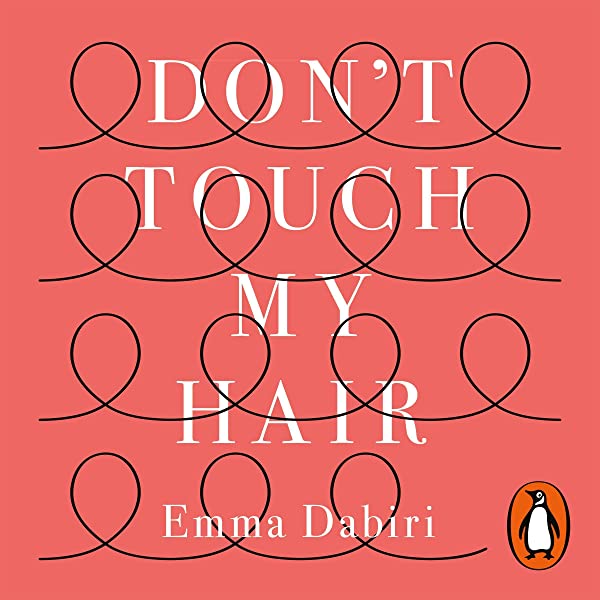 In her debut book, Emma Dabiri makes the case that black hair is never 'just hair'. It combines her personal history of discrimination and insecurity leading her to chemically straighten her hair, and also delves into the history of black hair throughout the world. She moves from pre-colonial Africa through to the modern day natural hair movement and shows how black hair is interweaved with racism.

Borrow Don't Touch My Hair from our library 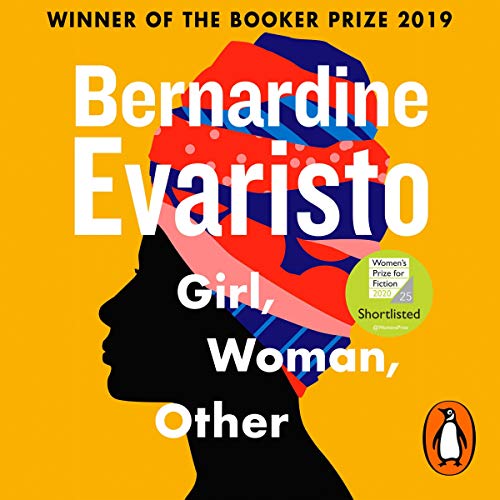 Bernardine Evaristo's Booker prize winning novel, Girl, Woman, Other, is filled with the voices of black women in modern Britain. It follows twelve characters and their families and friends through history and across the country. But it is also a panoramic history of the experience of being black and British.

Borrow Girl, Woman, Other from our library 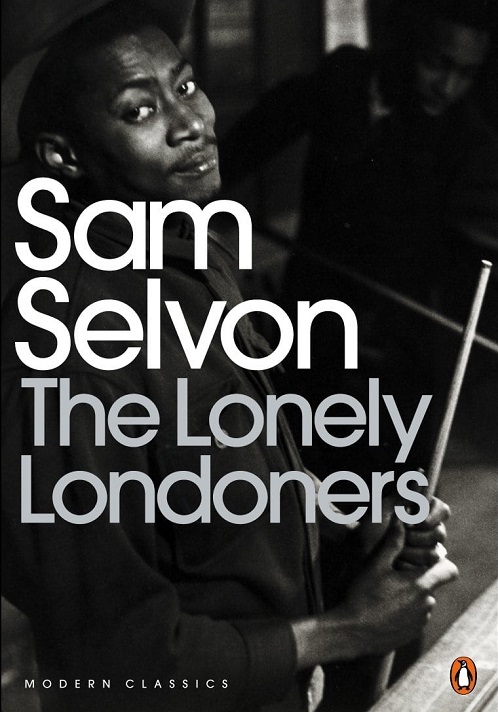 Sam Selvon's 1956 novel, The Lonely Londoners, follows a group of West Indian immigrants as they live their lives in post-World War II London after the British Nationality Act was passed. It shows the discrimination against these black immigrants at the time through job and housing exploitation. As it is written entirely in creolised English, the advantage of the audiobook is that it gives a voice to this narrative form.

Borrow The Lonely Londoners from our library 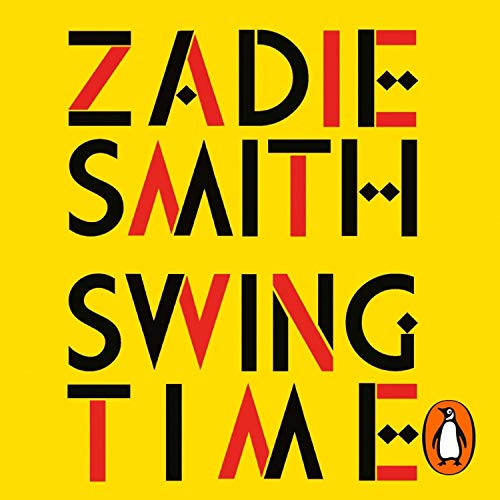 Two brown girls dream of being dancers - but only one, Tracey, has talent. The other has ideas: about rhythm and time, about black bodies and black music, what constitutes a tribe, or makes a person truly free. They have a close but complicated childhood friendship that ends abruptly in their early twenties. Never revisited, but never quite forgotten, either... Swing Time is a story about friendship and music and stubborn roots, about how we are shaped by these things and how we can survive them. Moving from north-west London to West Africa, it is an exuberant dance to the music of time.

Borrow Swing Time from our library 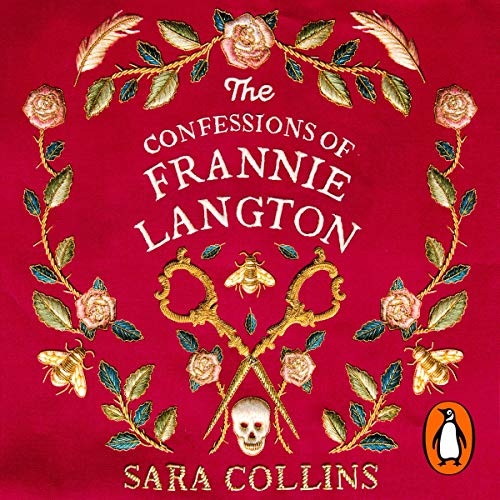 In Sara Collins' debut novel, a maid and former slave is accused of murdering her employer. She is put on trial, which reveals her history, from a plantation in Jamaica, her apprenticeship to a scientist, and her life with her employers. This is not just a murder mystery - it delves into race and class in early 1800s British society and crimes worse than murder.

Borrow The Confessions of Frannie Langton from our library 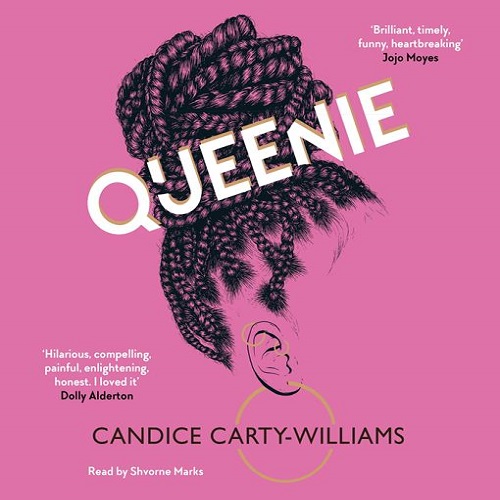 Queenie has been a huge bestselling hit following the titular character as she tries to negotiate her difficult life. Divided between two cultures and trying to deal with a difficult break-up, she struggles with her mental health and internalised racism. Even though she makes some terrible choices, you'll find yourself rooting for Queenie by the end.

Borrow Queenie from our library

Audiobooks for Children and Young Adults

What is Race? Who are Racists? Why Does Skin Colour Matter? And Other Big Questions - Claire Heuchan and Nikesh Shukla 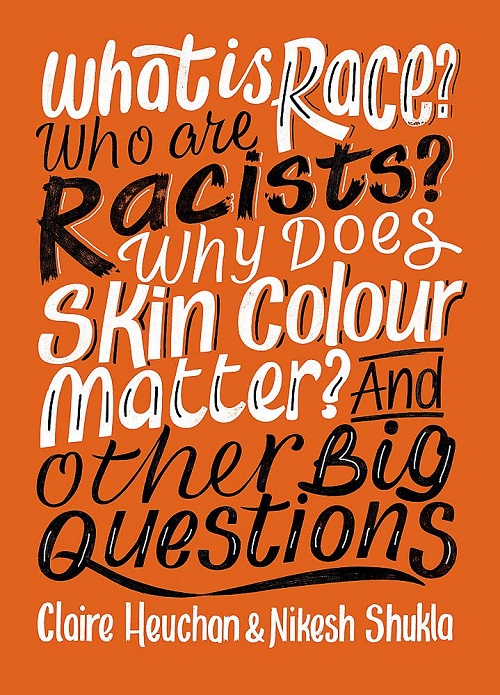 We can be discouraged from talking about race from an early age. This book from Claire Heuchan and Nikesh Shukla seeks to change that. It delves into the history of race and society and the roots of racism. It also gives advice on how to challenge racism and stop racist behaviour. A great audiobook for children aged 8+ as a way to start conversations about race and racism.

Borrow What is Race? from our library 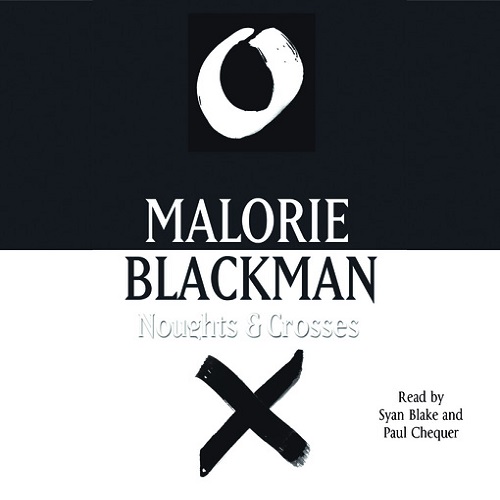 Noughts and Crosses has been a YA classic since it was first released in 2001. It is set in an alternate world, where dark-skinned Crosses, are wealthy and often in positions of power. Noughts, people with lighter skin, are often servants to Crosses or working manual jobs. In this world Sephy, a Cross, falls in love with Callum, a nought. If you enjoyed the recent BBC adaptation, then make sure you listen to the audiobook!

Borrow Noughts and Crosses from out library 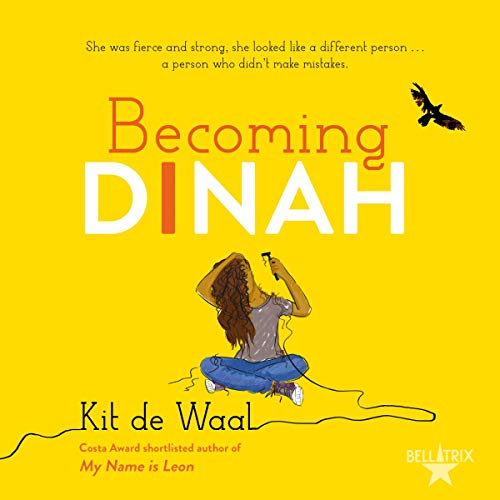 Becoming Dinah is Kit de Waal's first YA novel. It is a re-imagining of Moby Dick, but you don't need to have read the original to enjoy it. The story follows seventeen-year-old Dinah's obsessive search for a white VW campervan with her companion, Ahab. Throughout, it weaves in themes of identity and sexuality and becomes a powerful story about finding yourself.

Borrow Becoming Dinah from our library 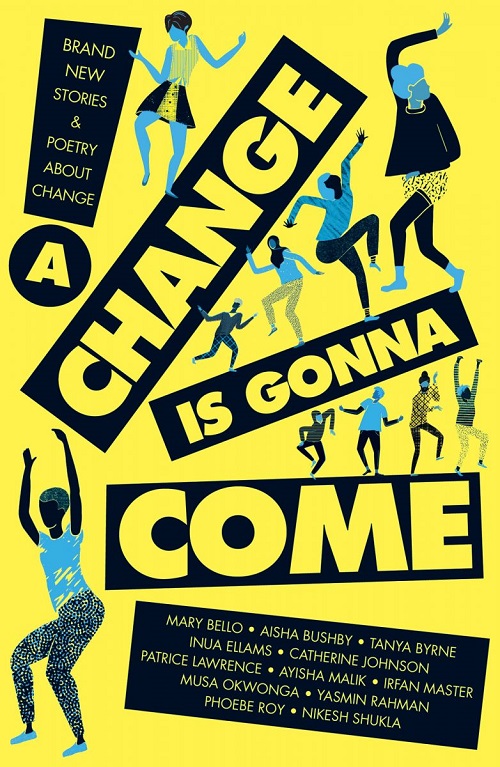 This anthology from BAME British authors was winner of the YA book prize special achievement award in 2018, and for good reason! It's full of stories and poetry from authors like Musa Okwonga and Catherine Johnson. Every piece takes change as a theme, and whether its set in the modern world or in an alternate universe, they demonstrate the importance of representation in literature.

Borrow A Change Is Gonna Come from our library 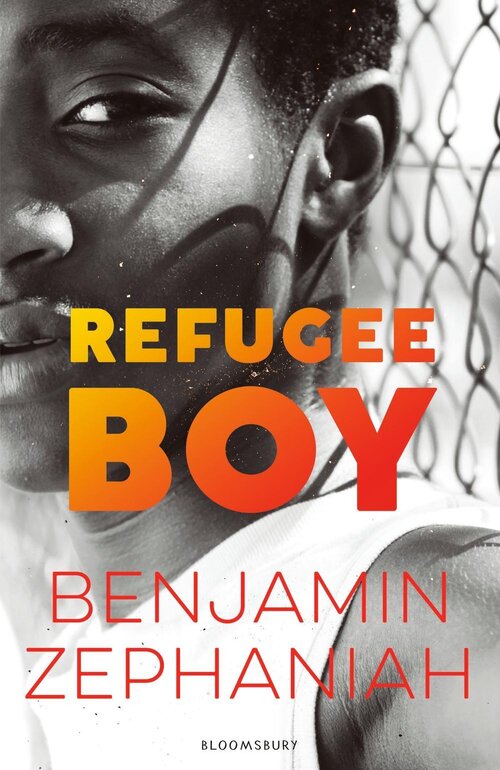 This is another classic children's and YA novel that still merits reading today. It follows Alem, a refugee left alone in London when his father disappears. Alem struggles with the difficulties involved in applying for asylum in the UK and finding an identity within British society that seems to reject him. Our exclusive audiobook also features an interview with the author, Benjamin Zephaniah, talking about the inspiration behind the book.

Borrow Refugee Boy from our library

What audiobooks are you listening to for Black History Month? Let us know in the comments!

Just getting a change of scenery