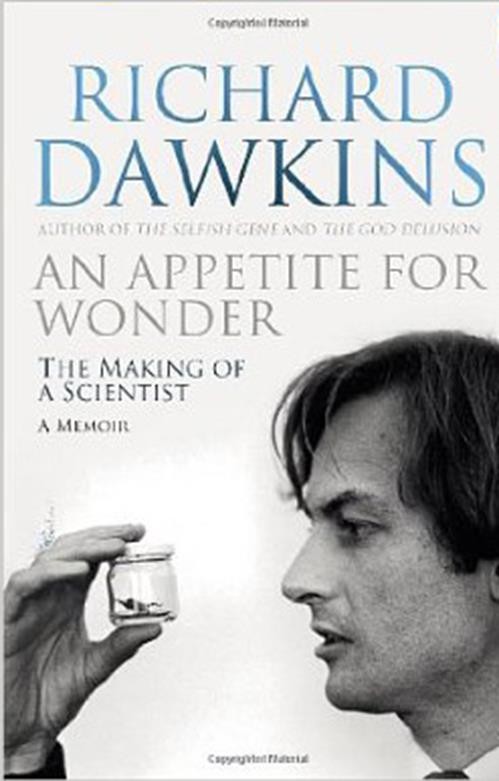 An Appetite For Wonder


In 'An Appetite for Wonder' we join Richard Dawkins on a personal journey back to an enchanting childhood in colonial Africa. There, the exotic natural world was his constant companion. Boarding school in England at the age of eight, and, later, public school at Oundle introduce Dawkins, and the reader, to strange rules and eccentric schoolmasters, vividly described with both humorous affection and some reservation. An initial fervent attachment to Church of England religion soon gives way to disaffection and, later, teenage rebellion. Early signs of a preference for music, poetry and reading over practical matters become apparent as he recalls the opportunities that entered his small world. Oxford, however, is the catalyst to his life. Vigorous debate in the dynamic Zoology Department unleashes his innate intellectual curiosity, and inspirational mentors together with his own creative thinking ignite the spark that results in his radical new vision of Darwinism, 'The Selfish Gene'.

Brought to you by Penguin.A dazzling, passionate polemic against anti-science movements of all kindsKeats accused Newton of destroying the poetry of the rainbow by explaining the origin of its colours. In this illuminating and provocative book, Richard Dawkins argues that Keats could not have been more mistaken, and shows how an understanding of sc...

The Magic of Reality

The Magic of Reality

Magic takes many forms. The ancient Egyptians explained the night by suggesting that the goddess Nut swallowed the sun. The Vikings believed a rainbow was the gods' bridge to earth. These are magical, extraordinary tales. But there is another kind of magic, and it lies in the exhilaration of discovering the real answers to these questions. It is th...

In this audiobook Dawkins argues for the irrationality of belief in God and the grievous harm it has inflicted on society. He suggests that while Europe is becoming increasingly securalised, the rise of religious fundamentalism, whether in the Middle East or Middle America, is dangerously dividing opinion around the world - and all from belief in a...