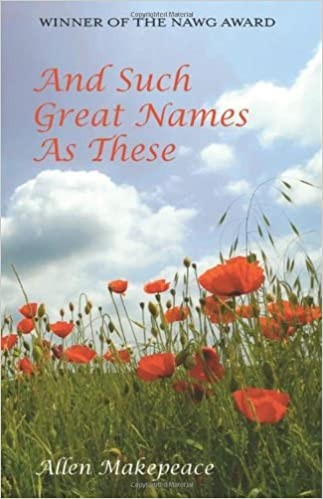 And Such Great Names As These


A military execution in France... a key event in this story of the conflicting demands of duty, loyalty and love. The war, with its horrifying, endless slaughter on the Western Front, is the backdrop. But it is in a north-east seaport where Dolly Weston, her husband reported missing, falls in love with a wounded army officer, who fears that he will shortly have to return to the Front. Did it show in his face? If they ever told him he was unfit for active service, he would dance for joy. Yet he also felt ashamed. To complicate things further, a deserter emerges, a soldier previously decorated for bravery, and unhealed wounds from a bitter past are reopened. And then there is 10 year-old Joshua, captive to the empty jingoism of his schoolteacher's tales of heroes. It is through small town bigotry and prejudice that the motherless Joshua is led into the world of three people whom he comes to admire and love, but who are destined to be driven cruelly apart.