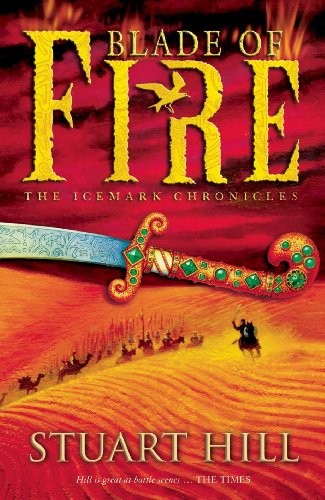 
Many years have passed since Queen Thirrin and her allies defended the Icemark against a brutal invasion. But now General Bellorum is back, along with his bloodthirsty spawn; twin sons even more vicious than him. Thirrin and Oskan also have a family: two girls and three boys. But darkness lurks within the House of Lindenshield: Medea, the couple's cold-hearted, fifteen-year-old daughter, who's just coming into her magical powers, may be the downfall of the kingdom. It's up to her brother, Charlemagne, crippled by polio as a child, to return from exile and rescue the land he loves.

The Cry of the Icemark

The Cry of the Icemark

When her father dies in battle, fourteen-year-old Thirrin becomes Queen of the Icemark, determined to defend her tiny kingdom from the most terrible invasion her nation has ever known. This is the epic story of how she rallies her country and finds some extraordinary new allies: Vampires, Wolf-folk, giant Snow Leopards - and most precious of all, h...