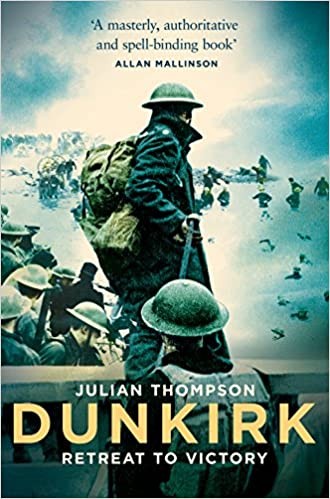 
In May 1940, the small British Expeditionary Force was sent to help the Belgians and French hold back the German army. Ill-equipped and under-trained, they fought hard for three weeks, from the German invasion of France to the rescue of the last British troops from the beaches at Dunkirk. Remarkably, they conducted a successful fighting withdrawal in the face of a formidable foe. Drawing on previously unpublished and rare material, Major-General Julian Thompson recreates the action from the misunderstandings between the British and French generals to the experiences of the ordinary soldier. Unlike other books on the subject he gives full weight to the fighting inland as the BEF found itself in mortal danger thanks to the collapse of the Belgian army on one flank and the failure of the French on the other, and corrects popular myths about the evacuation.