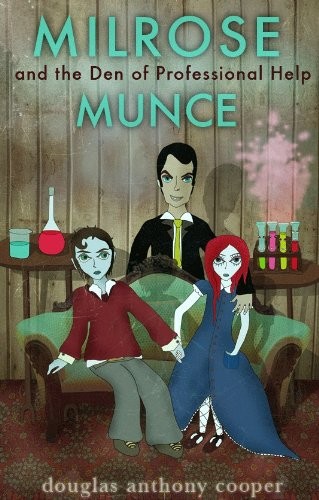 
Milrose Munce sees ghosts. His school is full of them but as far as Milrose is aware, he is the only one who knows it. Most of his best pals in fact- Cryogenic Kelvin, Deeply Damaged Dave- are dead. They were the victim of science experiments gone wrong, but have managed to maintain a sense of humour about their untimely departures. After Milrose is given yet another detention for being just a bit too clever, he and the equally quick-witted and ghost-befriended Arabella are banished to a mysterious hidden den in the school building to receive the dreaded Professional Help, from one Massimo Natica, who has managed to convince everyone that he can fix these two mal adjusted teens. But Massimo and his allies have far more sinister plans not only for them but for the entire school.