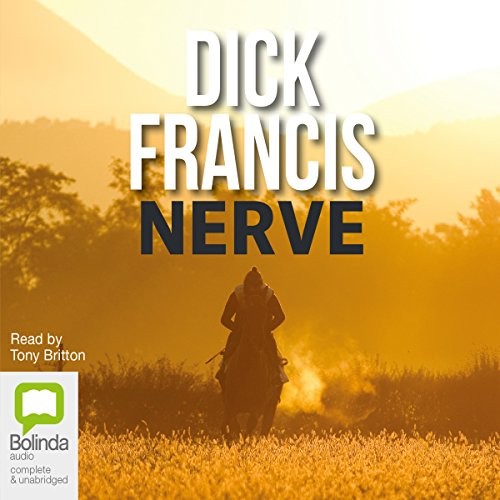 
Despair, suicide, and obsessive hatred, mixed well with humour, love, and horses, brew up into the story of a battle between one man's nerve and another man's cunning. Rob Finn was a bit of a misfit: a struggling young jockey in a family of accomplished musicians, a man in love with a beautiful woman who wouldn't have him because they were first cousins, a rider who - just as it looked like he'd break into racing's big time - lost his nerve. Or did he? The horses had never felt so slow and sluggish beneath him, and he knew there had to be a reason. When he found it he could barely believe it. And when it found him, he could barely breathe.

The night before the 2000 Guineas at Newmarket sees the great and the good of the horse-racing community gathered for a black-tie gala dinner, cooked by Max Moreton. However, Max's food is soon suspected of putting 24 guests in hospital with food poisoning...

It is difficult to say which was the first step towards the distant cataclysm. Looking back, Tim Ekaterin sees it as the day his boss stepped into a fountain. From there he is drawn into events and meets people as yet unconnected, but which, when woven together by time and chance, lead to violent action and the threat of death. Set in the world of...

This book tells how Dick Francis became one of Britain's leading National Hunt jockeys and champion steeplechaser, riding into racing history as jockey to the Queen Mother. His memoir traces life in the saddle to the world of an acclaimed bestseller.

A BBC Radio 4 dramatisation of Dick Francis' pacey thriller starring Nigel Havers. At the annual party celebrating the success of the racing season, everything is running well to form - until a runaway horsebox ploughs into the marquee, causing terrible death and destruction. A witness to the tragedy, wine merchant Tony Beach presumes it is just on...

Hired to fly four racing buffs to the track, pilot Matt Shore expects it will be the kind of job he likes: quick and easy. Until, that is, he's forced to make an emergency landing just minutes before the plane explodes. Luckily, no one is hurt, but it isn't long before Matt realises that he's caught up in the rat race of violent criminals who are d...

Computer whizzkid Peter Keithley, asked to transfer a betting system onto computer tape, dies shortly afterwards. An old friend of his, Jonathan Derry, finds himself in possession of the tapes and discovers that there are greedy, desperate men who will do anything to get their hands on the lucrative software. The evil, bull-faced Angelo goes too fa...

Derek Franklin, an injured steeplechase jockey, is coming towards the end of his career when he is thrust into trouble following the accidental death of his much older brother, Greville, an importer of semi-precious stones.

Home for Alexander Kinloch, an artist, is a small bothy on a remote mountain in Scotland. One day, his peace is shattered when he returns home to find some strangers waiting for him. After a scuffle, he is left for dead with only the wind and the words, 'where is it?' ringing in his ears...

Teenager Benedict Juliard has no other ambition than to ride in steeplechases as an amateur jockey. Having agreed not to do anything that could destroy his father's growing career in public life, Ben finds himself targeted in an attack mounted by his father's enemies.