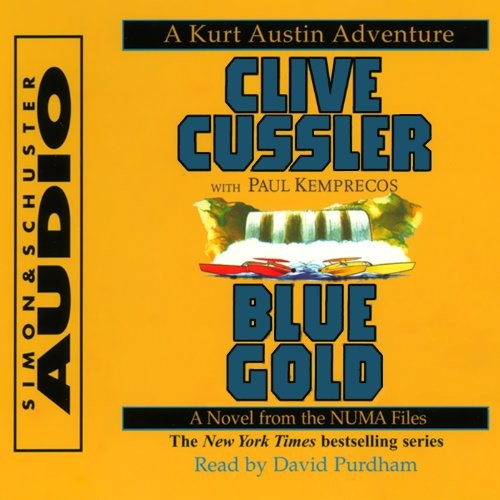 
Planet Earth is a paradox - a lush, fertile world three-quarters-covered by water, yet in danger of running dry. Fresh water is disappearing from overuse and pollution and the only hope lies in desalination, a process to convert salt water into fresh. Francesca Carval is a brilliant scientist whose newest discovery will save the human race. She has perfected the process of desalination, and is flying to a conference in Rio to announce it to the world. Then a group of terrorists attempts to hijack her plane which crashes in the Venezuelan jungle. Francesca is taken in and protected by a native tribe: she is not heard from again. Ten years later, Kurt Austin and his NUMA team come across the mysterious death of a pod of grey whales off the coast of California. The path leads Austin to the heart of South America where he discovers Francesca, the 'white goddess' of the jungle, living among the tribe that took her in. At the same time Austin stumbles upon a group that aims to control the world's fresh water supply, and which will kill anyone who stands in its way. Racing from the open oceans off the United States to the deep jungles of Venezuela, Austin and the NUMA team engage in a thrilling new adventure with the future of the world at stake...

The amazing second Dirk Pitt classic from multi-million-copy king of the adventure novel, Clive Cussler. Major Dirk Pitt picked up the frantic distress call as he cruised his lumbering amphibious plane over the islands of the Aegean. Brady Air Force base was under fire, its entire force of jets destroyed on the ground...by just one First World War...

When Kurt Austin, the leader of a courageous National Underwater &amp; Marine Agency exploration team, rescues beautiful marine archaeologist Nina Kirov off the coast of Morocco, he becomes the next target of Texas industrialist Don Halcon. A madman bent on carving a new nation out of the southwestern United States and Mexico, Halcon's scheme hinge...

The superb third Dirk Pitt classic from multi-million-copy king of the adventure novel, Clive Cussler. The towering iceberg drifting in the North Atlantic was a floating tomb. Embedded in the great gleaming mass was a ship - sealed in so solidly that not even its mast protruded. Here was a sea mystery to rank alongside the Bermuda Triangle and the...