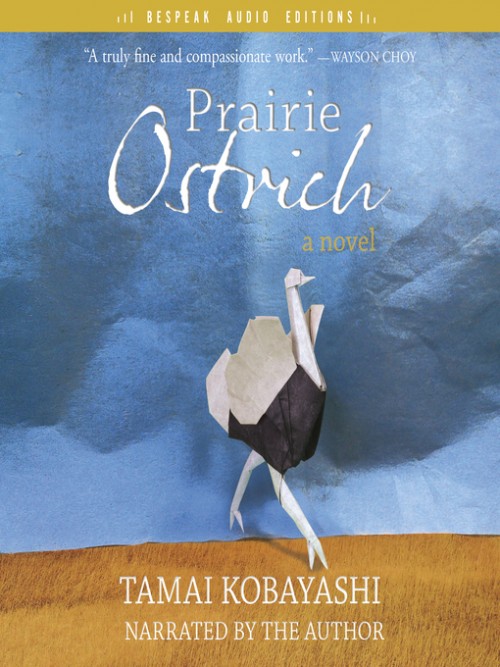 
Not every story has a happy ending.

Since her brother's death, eight-year-old Egg Murakami has been living day-to-day on the family ostrich farm near Bittercreek, discovering life to be an ever-perplexing condition. Mama Murakami has curled up inside a bottle, and Papa has exiled himself to the barn with the birds. Big sister Kathy tells stories to Egg so that the world might not seem so awful.

The Murakami family is not happy. But in the hands of Tamai Kobayashi, their story becomes a drama of rare insight and virtuosity. Weighing physical, cultural, and emotional isolation against the backdrop of schoolyard battles and adult mysteries, Kobayashi paints a compelling portrait of a feisty and endearing outsider.

As Kathy's final year in high school counts down to an uncertain future, the indomitable Egg sits quiet witness to her unravelling family as she tries to find her place in a bewildering world.

Bespeak Audio Editions brings Canadian voices to the world with audiobook editions of some of the country's greatest works of literature, performed by Canadian actors.