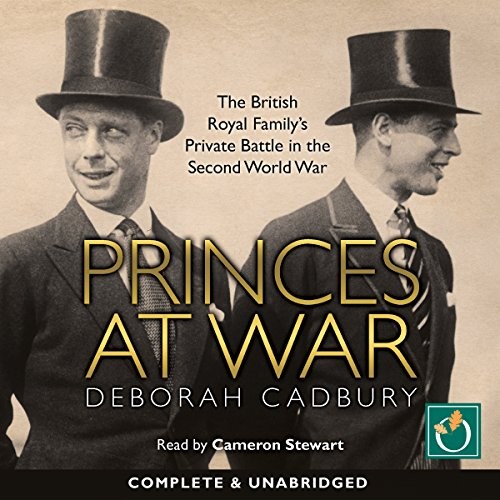 
King George V predicted that his eldest son, Edward VIII, would destroy himself within a year of succeeding to the throne. In December 1936 he was proved right, and the world's press broke their Great Silence: King Edward VIII was abandoning his throne to marry Wallis Simpson, a divorced American socialite. A life spent in the shadow of his charismatic elder brother left the new king, George VI, magnificently unprepared for the demands of ruling the kingdom and empire; this would be a baptism of fire. Hitler's Third Reich was tearing up the old Kingdoms of Europe one by one, and the familiar contours of London were being transformed by sandbags. As Great Britain braced herself for war, the faltering new king struggled to manage internal divisions within the royal family and feared betrayal as intelligence mounted of the Duke and Duchess of Windsors' suspected treachery during the worst days of the war. Drawing on personal accounts from the royal archives and other new sources, Deborah Cadbury goes behind palace doors to uncover the very private conflict between George VI and his too charming older brother; a conflict so bitter it was unresolvable while they were both alive. Cadbury's intimate and gripping account of familial tensions amongst kings and princes, provides a unique look at one of the most turbulent periods in British history. Overcoming his stammer was only the beginning, and Cadbury goes on to reveal just what it took for George VI to rise to the challenge of leading his country during its time of greatest peril - and at what price.

Chocolate Wars: From Cadbury To Kraft: 200 Years of Sweet Success and Bitter Rivalry

Chocolate Wars: From Cadbury To Kraft: 200 Years of Sweet Success and Bitter Rivalry

Deborah Cadbury takes a journey into her own family history to uncover the rivalries that have driven 250 years of chocolate empire-building. In the early 19th century Richard Tapper Cadbury sent his son, John, to London to study a new and exotic commodity: cocoa. Within a generation, John's sons had created a chocolate company to rival the great E...