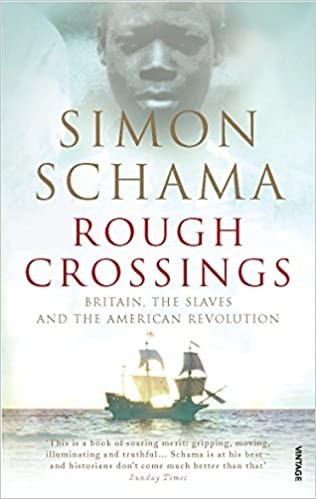 
This audiobook is the astonishing story of the struggle to freedom by thousands of African-American slaves who fled the plantations to fight behind British lines in the American War of Independence. With gripping, powerfully vivid story-telling, Simon Schama follows the escaped blacks into the fires of the war, and into freezing, inhospitable Nova Scotia where many who had served the Crown were betrayed in their promises to receive land at the war's end. Their fate became entwined with British abolitionists: inspirational figures such as Granville Sharp, the flute-playing father-figure of slave freedom, and John Clarkson, the 'Moses' of this great exodus, who accompanied the blacks on their final rough crossing to Africa, where they hoped that freedom would finally greet them.

The British Wars began in 1637, starting nearly 200 hundred years of battles waged within and outside our Isles. This audiobook vividly depicts exactly what life was like for our ancestors and how their experiences have shaped modern British culture and identity.

An abridged but vivid account of 4000 years of British history from the very beginnings of our nation's identity when the first settlers landed on Orkney.

The American Future: A History

The American Future: A History

Simon Schama's different kind of history of the USA begins in the middle of an Iowa caucus. There he witnesses first-hand the exciting, chaotic crush as ordinary Americans - grannies, students, businesswomen and doctors - decide who should become the 44th President of the United States. He meets Muslim Chuck (Khalil) Alaman, the 'Chicken Club' immi...