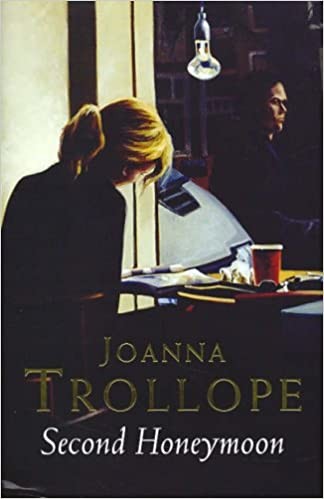 
Ben is, at last, leaving home. At 22, he's the youngest of the family. His mother, Edie, an actress, is distraught. His father, Russell, a theatrical agent, is rather hoping to get his wife back after decades of family life. His brother, Matthew, is struggling in a relationship in which he achieves and earns less than his girlfriend. His sister, Rosa, is wrestling with debt and the end of a turbulent love affair. Meet the Boyd family and the empty nest, 21st century style.

'Marrying the Mistress' dives into the shock waves that buffet the Stockdale family after Guy leaves Laura. Guy asks himself how his sons will cope, and what his forthright daughter-in-law Carrie and his teenage grandchildren will make of it all. Can any of them avoid taking sides? Should they? And what about the abandoned wife Laura, a woman appar...

Chrissie knew that Richie had loved her for all the twenty-three years they'd been together, loved their three daughters and their house in Highgate and their happy, chaotic existence. Richie gave her everything, except the one thing that would have made her life perfect. She even had a sparkling ring - but it was not a wedding ring, and did not br...

For twenty years, Anna Bouverie, as a priest's wife, has served God and the parish in a variety of ways. She has baked for the Brownies, delivered parish magazines, washed and ironed her husband's surplices and clothed herself and her children in jumble-sale items. When her husband fails to gain promotion to archdeacon and retreats into isolated bi...

In the gentle world of one of England's beautiful old cathedral towns, crisis looms: funds are short, and the cathedral is in need of major repair. One faction of the community argues that the obvious solution is to abolish the expensive, and nowadays rather irrelevant, boys' choir. But of course, there are those who disagree: the choir school's he...

This is the story of the rapidly-growing modern social unit, the stepfamily. It explores the myths, the realities and the difficulties of trying to deal simultaneously with both present and past relationships, as well as other people's children.

The Men and the Girls

The Men and the Girls

Lifelong friends, now in their sixties, James, a teacher, and Hugh, a TV personality, both live with attractive women twenty-five years their junior. But the age difference is a time bomb, ticking away at the heart of both relationships. Kate's hunger for a life more in keeping with her own age threatens to bring her eight years with James to an en...

Our narrator stays on a Mediterranean island much longer than he intended to for a number of reasons. One reason is to prove his mother and his girlfriend wrong, who both say that to decamp to an island for a whole winter to write a novel is melodramatic and rather a clich&sbquo;. Most nights, to abate loneliness and pass the time, he talks to the...

The Austen Project: Sense and Sensibility

The Austen Project: Sense and Sensibility

Joanna Trollope casts Sense &amp; Sensibility in a fresh new light, re-telling a coming-of-age story about young love and heartbreak, and how when it comes to money especially, some things never change.Two sisters could hardly be more different. Elinor Dashwood, an architecture student, values discretion above all. Her impulsive sister Marianne dis...

David and Nathalie are adopted. Born to different mothers, brought up by the same parents, they have grown up as brother and sister and are fiercely loyal to one another. However, their decision to embark on a journey to find their birth mothers is no straightforward matter.

Rachel has always loved being at the centre of her large family. She has fiercely devoted herself to her three sons all their lives, and continues to do so even now they are all grown up. They are, of course, devoted to her - she and Anthony, their father, hold the family together at their big, beautiful, ramshackle house near the wide, bird-haunte...