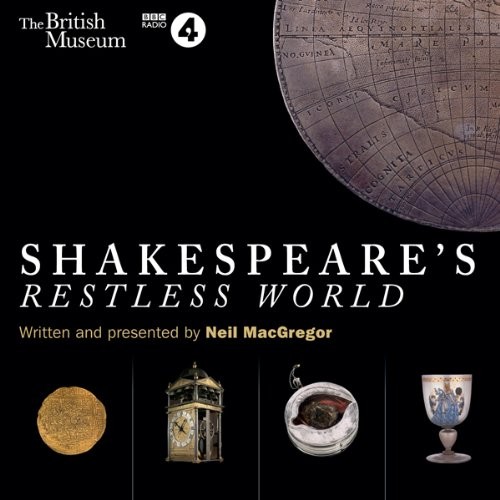 
From Neil MacGregor, the acclaimed creator of 'A History of the World in 100 Objects' and the Director of the British Museum, comes a unique, enthralling exploration of the age of William Shakespeare to accompany a new BBC Radio 4 series. Shakespeare lived through a pivotal period in human history. With the discovery of the New World, the horizons of Old Europe were expanding dramatically and long-cherished certainties were crumbling. Life was exhilaratingly uncertain. What were Londoners thinking when they went to see Shakespeare's plays? What was it like living in their world? Here Neil MacGregor looks at twenty objects from Shakespeare's life and times, and uncovers the fascinating stories behind them. The objects themselves range from the grand (such as the hoard of gold coins that make up the Salcombe treasure) to the very humble, like the battered trunk and worn garments of an unknown pedlar. But in each case, they allow MacGregor to explore issues as diverse as piracy and Islam, Catholicism and disguise. MacGregor weaves the histories of objects into the words of Shakespeare's plays themselves to suggest to us where his ideas about religion, national identity, the history of England and the world, human nature itself, may have come from.