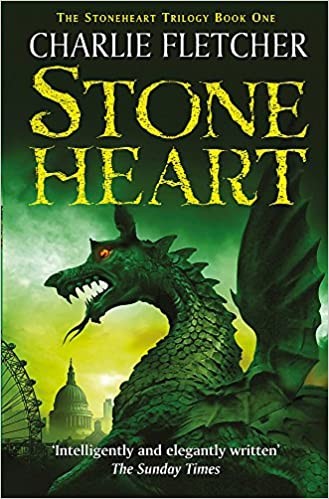 
Deep in the city something had been woken, so old that people had been walking past it for centuries without giving it a second look! When George breaks the dragon's head outside the Natural History Museum he awakes an ancient power. This prehistoric beast, sentry-still for centuries, hunts him down with a terrifying wrath. And this is just the beginning! The taints and spits - statues with opposing natures - are warring forces, wreaking deadly havoc on the city landscape. The World War One gunner offers protection of sorts and the wisdom of the Sphinx is legendary but George and his companion Edie are trapped in a world of danger and they are quite alone. The rest of London is oblivious to their plight. This adventure exposes forces long-layered in the fabric of London. After entering its richly original and breathtaking world, the city streets and skyline will never again seem the same!