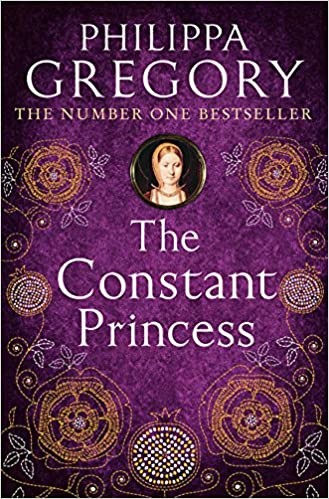 
Splendid and sumptuous historical novel from the internationally bestselling author, Philippa Gregory, telling of the early life of Katherine of Aragon. We think of Katherine of Aragon as the barren wife of a notorious king; but behind this legacy lies a fascinating story. Katherine of Aragon is born Catalina, the Spanish Infanta, to parents who are both rulers and warriors. Aged four, she is betrothed to Arthur, Prince of Wales, and is raised to be Queen of England. She is never in doubt that it is her destiny to rule that far-off, wet, cold land. Her faith is tested when her prospective father-in-law greets her arrival in her new country with a great insult; Arthur seems little better than a boy; the food is strange and the customs coarse. Slowly she adapts to the first Tudor court, and life as Arthur's wife grows ever more bearable. But when the studious young man dies, she is left to make her own future: how can she now be queen, and found a dynasty? Only by marrying Arthur's young brother, the sunny but spoilt Henry. His father and grandmother are against it; her powerful parents prove little use. Yet Katherine is her mother's daughter and her fighting spirit is strong. She will do anything to achieve her aim; even if it means telling the greatest lie, and holding to it. Philippa Gregory proves yet again that behind the apparently familiar face of history lies an astonishing story: of women warriors influencing the future of Europe, of revered heroes making deep mistakes, and of an untold love story which changes the fate of a nation.

Philippa Gregory-the #1 New York Times best-selling author of Parker Pen Novel of the Year The Other Boleyn Girl-delivers the first in a series of historical novels set during the tumultuous War of the Roses. This compelling tale of romance, rivalry, and revenge unfolds through the eyes of Elizabeth Woodville, the woman whose renowned beauty catapu...

The second book in Philippa's stunning new trilogy, The Cousins War, brings to life the story of Margaret Beaufort, a shadowy and mysterious character in the first book of the series - The White Queen - but who now takes centre stage in the bitter struggle of The War of the Roses. The Red Queen tells the story of the child-bride of Edmund Tudor, wh...

Philippa Gregory's gripping historical fiction propelled her to #1 on the New York Times bestseller list. This fourth Cousins' War novel begins with the Earl of Warwick, whose schemes turn his daughter Anne into a pawn in his political games. After being married to Richard, the Duke of Gloucester, Anne finds herself in conflict with England's might...