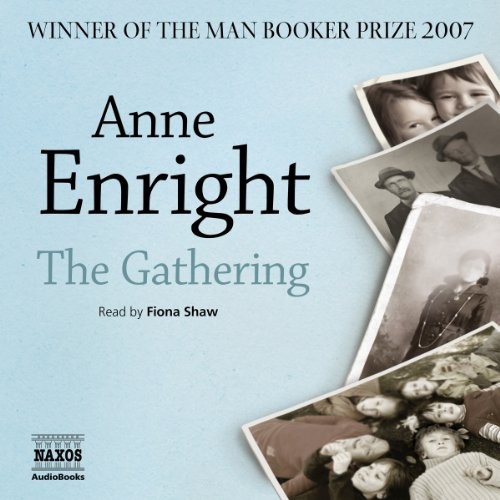 
This audiobook was the winner of the Man Booker Prize 2007. The nine surviving children of the Hegarty clan gather in Dublin for the wake of their wayward brother Liam. It wasn't the drink that killed him - although that certainly helped - it was what happened to him as a boy in his grandmother's house, in the winter of 1968. His sister Veronica was there then, as she is now: keeping the dead man company, just for another little while. This is a family epic and is also a sexual history: tracing the line of hurt and redemption through three generations - starting with the grandmother, Ada Merriman - showing how memories warp and family secrets fester. This is a novel about love and disappointment, about thwarted lust and limitless desire, and how our fate is written in the body, not in the stars.

If it hadn't been for the child then none of this might have happened. She saw me kissing her father. She saw her father kissing me. The fact that a child got mixed up in it all made us feel that it mattered, that there was no going back. Shortlisted for The Orange Prize for Fiction 2012. CONTAINS STRONG LANGUAGE/ADULT THEMES.