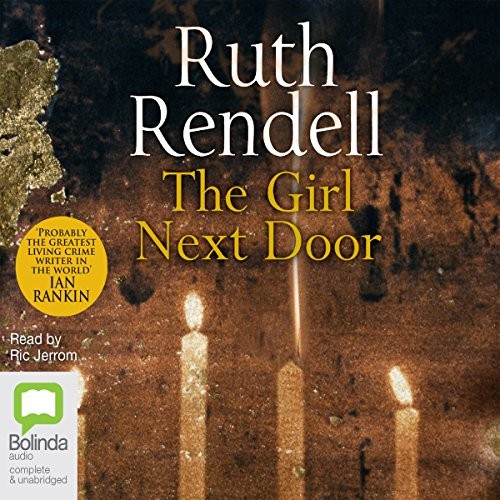 
Before the advent of the Second World War, beneath the green meadows of Loughton, Essex, a dark network of tunnels has been dug. A group of children discover them. They play there. It becomes their secret place. Seventy years on, the world has changed. Developers have altered the rural landscape. Friends from a half-remembered world have married, died, grown sick, moved on or disappeared. Work on a new house called Warlock uncovers a grisly secret, buried a lifetime ago, and a weary detective, more preoccupied with current crimes, must investigate a possible case of murder. In all her novels, Ruth Rendell digs deep beneath the surface to investigate the secrets of the human psyche. The interconnecting tunnels of Loughton in THE GIRL NEXT DOOR lead to no single destination. But the relationships formed there, and the incidents that occurred, exert a profound influence - not only on the survivors but in unearthing the true nature of the mysterious past.