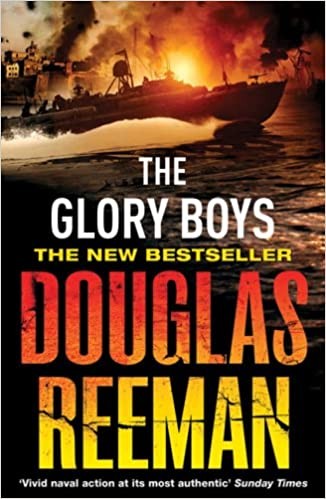 
They are called The Glory Boys by those who regard their exploits with envy or contempt. Bob Kearton is one of them. Already a veteran and survivor of the close action in the English Channel and North Sea, in January of 1943, he is ordered to the Mediterranean and beleagured Malta, a mere sixty miles from occupied Sicily. Unexpectedly promoted to lieutenant-commander, he is given charge of a newly formed and as yet incomplete flotilla of motor torpedo boats. The tide of defeat is thought to be turning, the enemy no longer advancing along the North African coast with Egypt and India as final objectives, and Kearton's is a new war of stealth, subterfuge, and daring, in which The Glory Boys are only too expendable. THIS AUDIOBOOK CONTAINS STRONG LANGUAGE AND/OR ADULT THEMES.

HMS Terrapin took a vital part in the Battle of the Atlantic. Now, 25 years later, she is working out her last commission in the Gulf of Thailand. Under the stubborn leadership of her new captain, she, and her crew, find a long-forgotten unity of purpose. CONTAINS STRONG LANGUAGE/ADULT THEMES.