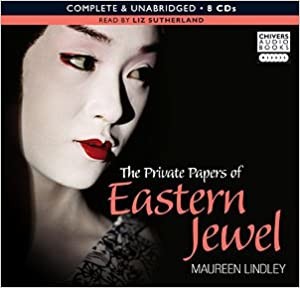 The Private Papers of Eastern Jewel


Peking, 1914. Eight-year-old Eastern Jewel peers from behind a screen as her father, Prince Su, makes love to a servant girl. Caught spying by her thirteenth sister, Eastern Jewel's sexual curiosity sees her banished to live with distant relatives in Tokyo, then forced into a passionless marriage in freezing Mongolia. Increasingly isolated, at night she is plagued by disturbing fantasies and unsettling dreams. But she refuses to be pinned down by anyone - least of all a man - and in the dazzling city of Shanghai she puts her thrill-seeking nature to work spying for the Japanese, spurning everything she once held dear. Based on the real-life story of Yoshiko Kawashima, Chinese princess turned ruthless Japanese spy. THIS AUDIOBOOK CONTAINS STRONG LANGUAGE AND/OR ADULT THEMES.