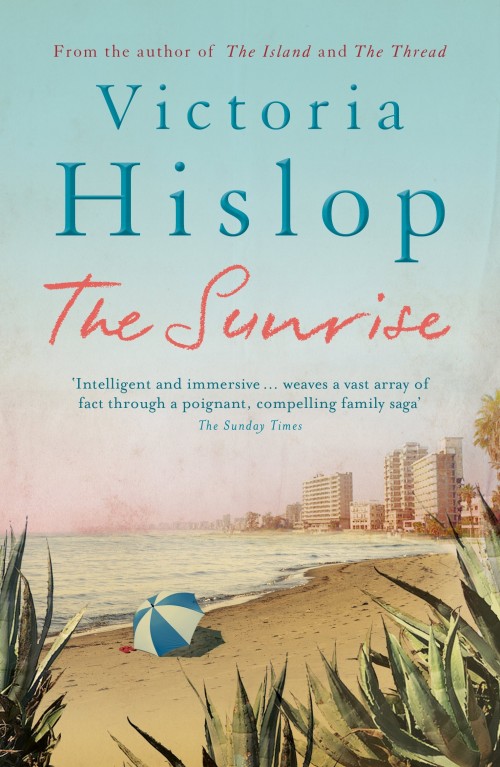 
In the summer of 1972, Famagusta in Cyprus is the most desirable resort in the Mediterranean, a city bathed in the glow of good fortune. An ambitious couple open the island's most spectacular hotel, where Greek and Turkish Cypriots work in harmony. Two neighbouring families, the Georgious and the Ozkans, are among many who moved to Famagusta to escape the years of unrest and ethnic violence elsewhere on the island. But beneath the city's facade of glamour and success, tension is building. When a Greek coup plunges the island into chaos, Cyprus faces a disastrous conflict. Turkey invades to protect the Turkish Cypriot minority, and Famagusta is shelled. Forty thousand people seize their most precious possessions and flee from the advancing soldiers. In the deserted city, just two families remain. This is their story.

Thessaloniki, 1917. As Dimitri Komninos is born, a devastating fire sweeps through the thriving Greek city where Christians, Jews and Muslims live side by side. Five years later, Katerina Sarafoglou's home in Asia Minor is destroyed by the Turkish army. Losing her mother in the chaos, she flees across the sea to an unknown destination in Greece. So...

Week after week, the postcards arrive, addressed to someone Ellie does not know, each signed with an initial: A. These alluring cartes postales of Greece brighten her life and cast a spell on her. She decides she must see this country for herself. On the morning Ellie leaves for Athens, a notebook arrives. Its pages tell the story of a man's odysse...

Beloved author Victoria Hislop returns to Crete in this long-anticipated sequel to her multi-million-copy number one best seller&nbsp;The Island. 25th August 1957. The island of Spinalonga closes its leper colony. And a moment of violence has devastating consequences. When time stops dead for Maria Petrakis and her sister, Anna, two families spli...