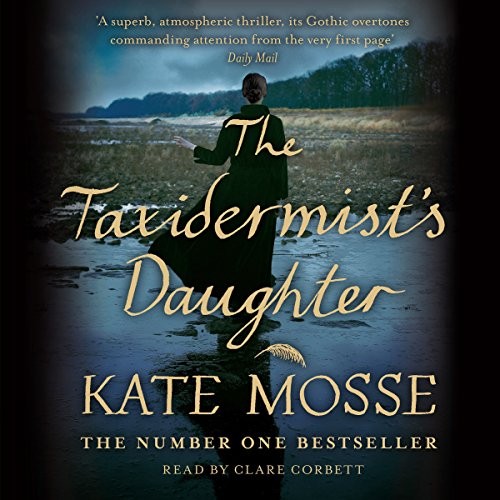 
Sussex, 1912. In a churchyard, villagers gather on the night when the ghosts of those who will die in the coming year are thought to walk. Here, where the estuary leads out to the sea, superstitions still hold sway. Standing alone is the taxidermist's daughter. At twenty-two, Constantia Gifford lives with her father in a decaying house: it contains all that is left of Gifford's once world-famous museum of taxidermy. The stuffed birds that used to grace every parlour are out of fashion, leaving Gifford a disgraced and bitter man. The string of events that led to the museum's closure are never spoken of and an accident has robbed Connie of any memory of those days. The bell begins to toll and all eyes are fixed on the church. No one sees the gloved hands holding a garotte. As the last notes fade into the dark, a woman lies dead. While the village braces itself against rising waters and the highest tide of the season, Connie struggles to discover who is responsible - and why the incident is causing memories to surface from her own vanished years. Does she know the figure she sees watching from the marshes? Who is the mysterious caller that leaves a note without being seen? And what is the secret that lies at the heart of Blackthorn House, hidden among the bell jars of her father's workshop?

When Dr Alice Tanner discovers two skeletons during an archaeological dig in southern France, she unearths a link with a horrific and brutal past. But it's not just the sight of the shattered bones that makes her uneasy; there's an overwhelming sense of evil in the tomb that Alice finds hard to shake off, even in the bright French sunshine. Puzzled...

1942, Nazi-occupied France. Sandrine, a spirited and courageous nineteen-year-old, finds herself drawn into a Resistance group in Carcassonne - codenamed 'Citadel' - made up of ordinary women who are prepared to risk everything for what is right. And when she meets Raoul, they discover a shared passion for the cause, for their homeland, and for eac...

16 modern fiction superstars shine a startling light on the romance and pain of the infamous literary pair Heathcliff and Cathy. In 'Terminus' a young woman hides in an empty Brighton hotel; in 'Thicker Than Blood' a man sits in a hot tub stalking his newly-married love on social media; and in 'A Bird, Half-Eaten' an amateur boxer prepares for a ma...