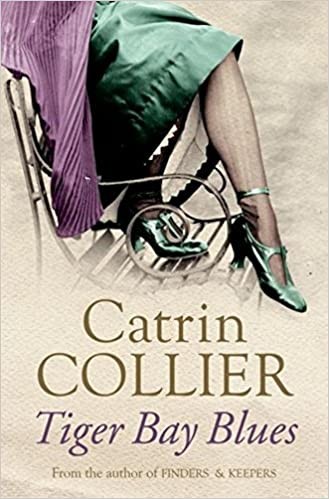 
Pontypridd 1930. At eighteen Edyth is the 'plain, intelligent' one of Harry and Sali Evans' five daughters. Until a chance meeting with handsome curate Peter Slater throws her life into turmoil. Head over heels in love, she sacrifices her own ambitions of a college education and career, and defies her parents' opposition so she can help Peter realise his dream of running his own parish. The church sends Peter to Butetown, a multi-racial dockland area of Cardiff, commonly known as Tiger Bay. There Edyth and Peter encounter rich cultures from all corners of the world that flourish even in the depression ridden conditions of desperate poverty. It is a society where creed, language and the colour of a family's skin doesn't matter - as long as the borders that separate Tiger Bay from the city aren't crossed. And there Edyth discovers exactly why her parents were so opposed to her marriage. Peter has a dark secret that has not only blighted his life but also hers.

Destitute after the Second World War, Magda Janek settles in the Welsh town of Pontypridd, in the hope of building a new life for herself and her baby daughter, Helena. All Magda has to give Helena are the ambitions she had once cherished herself; dreams cruelly snatched from her by the war. But 1960s Pontypridd is a place of opportunity and Magda'...

Allenstein, East Prussia, 1939 - Charlotte von Datski's parents hold a glittering ball to celebrate her eighteenth birthday and to announce her engagement to a Prussian Count. Meanwhile, Hitler is ready to plunge the world into war, one that will wipe East Prussia from the face of the map. Charlotte is forced to leave her beloved homeland. By 1946,...

In Pontypridd and the Rhondda in 1905 coal is king, and the families who sunk the first collieries are rich. None is wealthier or more generous than Harry Watkin Jones. Sali Watkin Jones is about to marry her childhood sweetheart, Mansel, a successful businessman. But four traumatic years later, Sali is a penniless outcast struggling to support her...

In the Swansea of the fifties, there is only one thing for a boy to do when he gets a girl 'into trouble' and that is to marry her - and quickly. Blighted by an unhappy childhood, passionately in love for the first time in his life, Jack can't wait to do 'the right thing'. A happy family of his own is all he ever wanted but not even in his wildest...