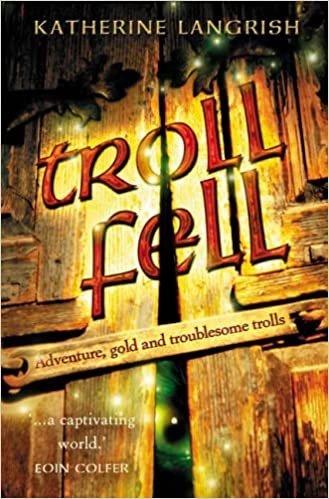 
Peer Ulfsson stood miserably at his father's funeral pyre, watching the sparks whirl up like millions of shining spirits streaking away into the dark. But someone else is also at the funeral. Peer's half-uncle, Baldur Grimsson. Peer watches helplessly as Uncle Baldur sells his father's property and pockets the money. Peer is then forced to move away from the world he knows in Hammerhaven, and live with his two half-uncles at their mill near Troll Fell. Peer hopes his other uncle will be more welcoming and less ferocious than Baldur, but Baldur is an identical twin, and Grim Grimsson is just as mean-spirited and greedy as his brother. Peer lives a life of servitude, with only the company of his faithful dog, Loki, until he meets spirited Hilde, whose family farm on Troll Fell, and Nis, his uncles' house spirit. Between them, they must foil a plot by the Grimsson brothers to sell one boy and one girl to the trolls who live on Troll Fell. But the Grimssons want riches, and they will do anything to get them.