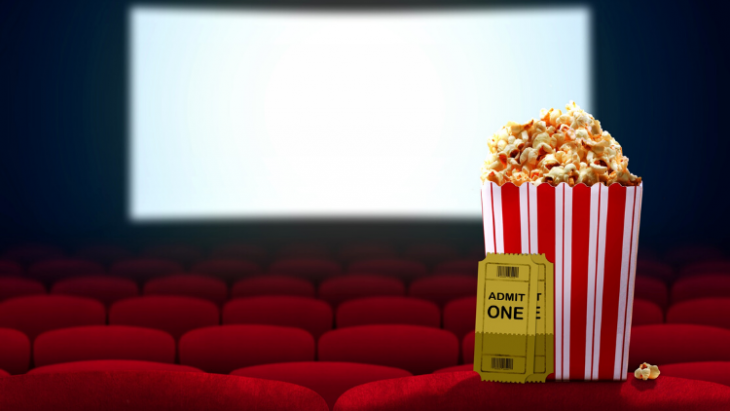 Books To Read Before You See the 2020 Screen Adaptation

If you've seen the release schedule for this years upcoming films and TV shows then you'll know that there are so many great books being adapted! It's almost hard to know where to start! But, whether you're a person who thinks the book is better than the film, or a person who just likes to know what's going to happen, there's loads of great reasons to read the book before you see the 2020 screen adaptation.

Here's just 10 of our favourites to start with:

In the alternate universe of this novel, African people gained technological advantage over Europeans many years ago. Now in the twenty-first century, slavery has been abolished, but segregation still exists. Sephy is a Cross - a member of the ruling classes. She has been friends with Callum all her life. But, Callum is a nought. And when a romance starts to build between them, it puts both Sephy and Callum in danger.

The TV adaptation of this beloved and influential novel by Malorie Blackman will air on BBC One on 5th March 2020! Watch the trailer here:

Borrow the audiobook of Noughts & Crosses from our library

On the eve of the Battle of Waterloo a tragic party takes place in Brussels. Many of the high society men attending will be on the battlefield the next day. This book is full of secrets and scandal among the upper class as, twenty-five years later, everyone tries to keep the secrets of the past buried.

Did you love Downton Abbey? Then Belgravia will be for you! Watch the trailer here:

Borrow the audiobook of Belgravia from our library

Dune is one of the best-selling science-fiction books of all time and in 2020 it's getting a brand new screen adaptation. Melange, known as 'spice', is a drug capable of everything from changing consciousness to prolonging life. Unfortunately, it is only found on one planet - the desert planet of Arrakis. Paul Atreides must avenge the death of his father and take back the planet.

Full of incredible imagery like giant, burrowing worms, this classic is a great choice to read before the film!

Borrow the audiobook of Dune from our library

H. G. Wells' classic was originally published in 1897, but remains chilling to this day. Have you ever wondered what it would be like it you could turn invisible? Griffin has discovered how. But when he turns to an old friend for help in controlling it, he is refused, and decides to go on a murderous revenge...

Featuring Elisabeth Moss in a starring role, this is sure to be one of the most frightening screen adaptations this year! Watch the trailer here:

Borrow the audiobook of The Invisible Man from our library

After the death of her parents, Mary Lennox returns to the UK from India to live in her uncle's mansion. There, a robin helps her discover a key to a hidden door. Behind the door is a garden. The most magical garden she could have imagined.

If you've never read this childhood classic then now is the perfect time to get it before you see the 2020 screen adaptation!

Borrow the audiobook of The Secret Garden from our library

Death on the Nile - Agatha Christie

Hercule Poirot and his moustache are back in Death on the Nile! Set in the heat of Egypt, Poirot has taken a cruise down the Nile as a holiday. But his relaxation time is interrupted by the murder of Linnet Ridgeway, the former best friend of another passenger who only the night before claimed she would like to kill her. But, as usual, nothing is quite as it seems.

David Suchet gives a great performance in the audiobook, bringing Poirot to life. And as it's 100 years since Agatha Christie was first published in 2020 as well, it's worth reminding yourself of the story before you see the film!

Borrow the audiobook of Death on the Nile from our library

Normal People was a huge hit when it was first published. As well as being a massive bestseller, it was longlisted for the Booker Prize, Book of the Year at the British Book Awards, longlisted for the Women's Prize, as well as many other accolades. It's the story of Connell and Marianne, who grow up together, but have very different backgrounds. As they move through life and try to work out who they are, they also impact on each other in incredible ways.

There's still no word on the date that Normal People will air, but you can watch the trailer for the series here:

Borrow the audiobook of Normal People from our library

If you read The Witches as a child, you'll certainly remember how terrifying it was. The Grand High Witch is the scariest of them all. And unfortunately, one boy and his grandmother are staying the same hotel as the annual gathering of witches. And they want to eliminate all children.

The screen adaptation of The Witches isn't due out until the end of 2020, but this children's classic is still a great one to revisit before you see it!

Borrow the audiobook of The Witches from our library

Cormoran Strike and Robin Ellacott return in the fourth book in the series by Robert Galbraith, the pseudonym of J. K. Rowling. It starts with Billy, a confused and desperate young man, who comes to the private detective agency for help investigating a crime he thinks he witnessed as a child. Their investigation leads them into Parliament and beyond...

Lethal White will be a four episode series featuring Tom Burke and Holliday Grainger. There's no news yet on when it will air, but word is that it'll be this year!

Borrow the audiobook of Lethal White from our library

The Call of the Wild - Jack London

The Call of the Wild was first published in 1903 but is set during the 1890s Gold Rush. It follows the story of a dog named Buck, who is stolen and forced to become a sled dog. He embarks on a journey that eventually leads him to become a legendary leader of a wolf pack.

This is both a beautiful and brutal story of nature and how humanity interacts with it. And as the audiobook is only just over 3 hours, it's ideal to borrow before you see the screen adaptation!

Borrow the audiobook of Call of the Wild from our library

Will you be reading any of these books before the 2020 screen adaptation? Let us know in the comments!

If you liked this post, you may also like Books to Read Before the Film Comes Out or 23 Celebrity Autobiographies Read by the Author!