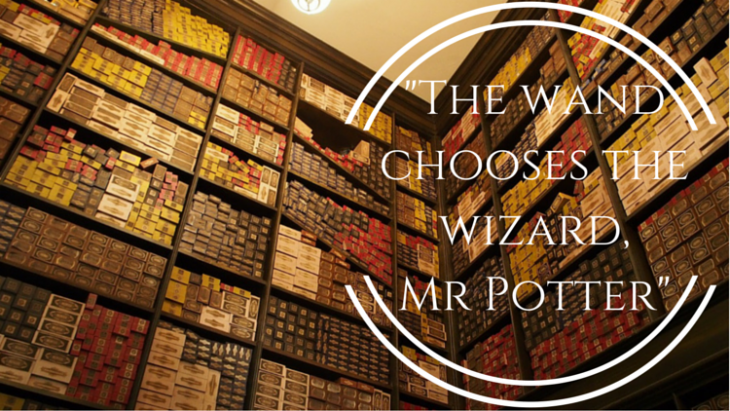 The Harry Potter lists that every Potter lover needs

Here at Listening Books the Harry Potter series regularly tops our list of most downloaded audiobooks. As every Potter fan will know, this success can be easily explained - the books are great. Like really great. And that might still be the biggest understatement ever.

So in honour of this greatness, this post is all about indulging your Harry Potter needs! Our selection of carefully chosen lists will have you enthusing, reminiscing, and probably wanting to read the series all over again!

Listening Books members should also keep an eye out for the exciting Harry Potter competition at the end of this post!

First up - our Facebook friends (and if you're not one already you should join us!) loved this quiz. It does the job of the sorting hat via modern technology (well, ish), and you might want to get your Hogwarts house figured out before indulging in these lists:

If you disagree with any of the choices in these lists - why not make your own! If you send us some fantastic suggestions, you can even make it onto the blog! (P.S. the lists don't stop here - scroll down for more!!)

So now you've been welcomed into Hogwarts, been sorted, and are getting involved with some appropriate literature, here's the list you need to make sure you're fully immersed in Harry's world - because if you feel it, it's real!

And because no one let's Harry Potter go through his trials and tribulations alone, here's what you need to feel at one with your fellow wizards and witches:

Let's face it, by this stage, you've probably gone away and read all the books again. So here's a list you don't want to miss:

You've been sorted, you've got emotional, you've made some friends, and you've relived it all over again. If the unthinkable has happened, and you're all Pottered out, we've got something for that too!

We hope you've enjoyed these lists! Which was your favourite?

Thanks to the authors at Bustle for creating such great bookish lists!

Listening Books members - don't forget to scroll down for the Harry Potter competition!!

Up for grabs is the complete Harry Potter series on CD, read by our very own Patron, Stephen Fry. We also have a signed card from the author herself, J K Rowling, a signed photo from Stephen AND a personal CD player for you to listen to the series on.

All you have to do to enter is answer the following 5 questions correctly. We’ll select the winner randomly from all the correct entries after the closing date, which is Monday 1st February 2016. So if you are the ultimate Harry Potter super fan, now’s the time to prove it!

Entries can be sent by post to: Claire Bell, Listening Books, 12 Lant Street, London, SE1 1QH or by email to cbell@listening-books.org.uk. Alternatively, you can enter online through Survey Monkey. Good Luck!