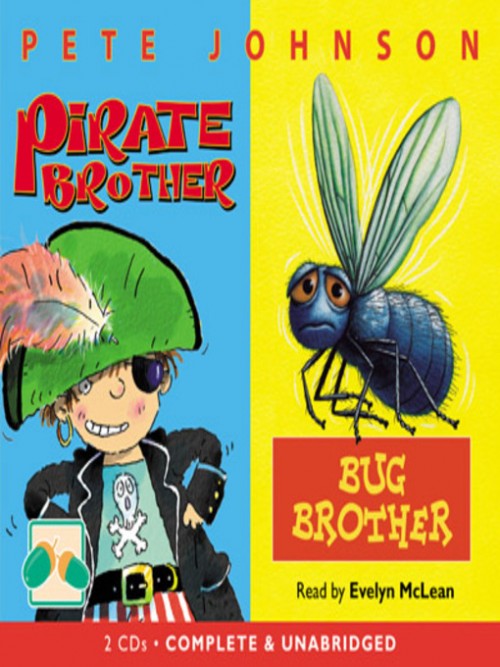 
BUG BROTHER: Jamie is smaller than his younger brother Harry and he's fed up with everyone thinking he's the youngest. Then Jamie finds a magic cloak and accidentally turns Harry into a bluebottle. In the mad panic of trying to rescue him, Jamie discovers that being a big brother has nothing to do with size. PIRATE BROTHER: Jamie is worried about being rather a wimp. His hero is the pirate, Brave Bill, and he tries to magic himself into Brave Bill's world. The magic goes wrong resulting in Brave Bill coming into Jamie's world instead. Jamie takes his new friend to school to show him off and discovers that he isn't really brave after all, in fact he's a bully. Jamie stands up to him - and finds out that there are many different forms of bravery and that he has more to be proud of in himself than he ever realised.

Chloe has difficulty making friends at her new school, until she makes friends with Aiden, who is considered odd and a little scary. She can't figure out why, until she sees one of his pictures and catches a glimpse of the Frignteners. Now the Frighteners won't leave her alone.

Not sure what to do when you've been dumped? Join the Ex-Files society and let them help you. Let's face it we've all been there. And how do you cope when your boyfriend goes off with your best friend, or the girl you thought was 'the one' dumps you by email? Bella and Joss are going to pieces until they meet Rupert, who runs the Ex-Files. Motto: t...

Chubby, bespectacled Richard Hodgeson is known to everyone as 'Boffin', but he longs to be different and dreams of changing his image. Can he reinvent himself? How easy is it to become one of the lads, go to wild parties, even meet girls?

My Friend's A Werewolf

My Friend's A Werewolf

Kelly always thought werewolves only existed in stories and late-night films. Until Simon moved in next door...

Marcus isn't an ordinary 13-year-old: he's a half-vampire, with incredible special powers. And together with his friends Tallulah and Gracie, he hunts and fights a totally evil enemy: the deadly vampires, who are out to destroy all humans and half-vampires. But something strange has happened to Marcus. He's lost his memory, and can't remember anyth...

Matt's magic crystal enables him to read people's minds. In these two stories he is involved in threats and blackmail as he realises that his gift is not necessarily one to enjoy. He has power but does he want the danger and troubles with his friends that this brings?

How To Get Famous

How To Get Famous

Tobey is determined to be famous. So one day Tobey and his friend Georgia audition for a role in the local play. To Tobey's huge disappointment, Georgia gets a part, but he doesn't. Can he turn this tragedy around?

Everyone thinks Tasha is a big joke because she is obsessed with spies. But when Henry, the new boy at school, accidentally mixes up his notebook with hers, Tasha has breathed her last ever bit of dull air. Henry tells her he is a teenage spy. And that he needs to use her room for surveillance on his latest targets.