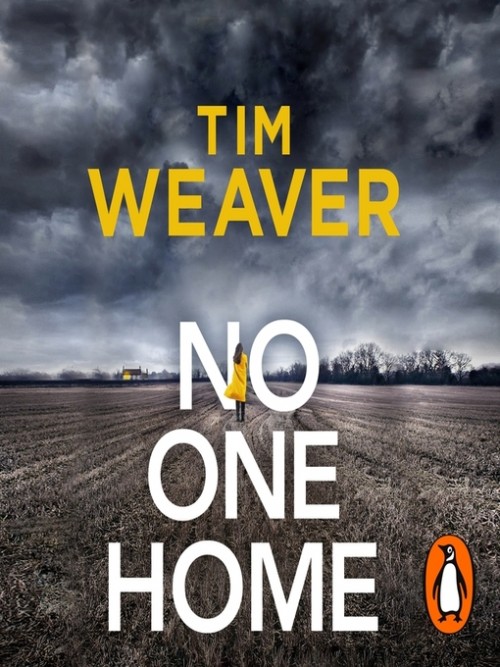 
Penguin presents the audiobook edition of No One Home, written by Tim Weaver, read by Joe Coen and Lorelei King. On Halloween night, the residents of Black Gale gather for a dinner party. As the only nine people living there, they've become close friends as well as neighbours. They eat, drink and laugh. They play games and take photographs. Except those photographs will be the last record of any of them. By the next morning, the whole village has vanished. With no bodies, no evidence and no clues, the mystery of what happened at Black Gale remains unsolved two and a half years on. But then the families of the missing turn to investigator David Raker - and their obsession becomes his. What secrets were the neighbours keeping from their families - and from each other? Were they really everything they seemed to be? And is Raker looking for nine missing people - or nine dead bodies?

Where did she go? What did she know? A woman drives to a secluded beauty spot on the Somerset coast. CCTV watches her enter but doesn't see her leaving. In fact, Lynda Korin is never seen again. How can someone just disappear? Her sister calls missing persons investigator David Raker. For him, the mystery of where she went is only the start. The re...

Penguin presents the audiobook edition of Vanished by Tim Weaver, read by Joe Coen and Andrew Brooke. He got on the train. He didn't get off. So where did he go? For millions of Londoners, the morning of 17 December is just like any other. But not for Sam Wren. An hour after leaving home, he gets onto a tube train - and never gets off again. No eye...

Penguin presents the audiobook edition of Never Coming Back by Tim Weaver, read by Joe Coen and Adam James. A secret that will change lives forever . . . It was supposed to be the start of a big night out. But when Emily Kane arrives at her sister Carrie's house, she finds the front door unlocked and no one inside. Dinner's cooking, the TV's on. Ca...

Penguin presents the audiobook edition of I Am Missing by Tim Weaver. Read by Joe Coen, Charlotte Ritchie and featuring the author himself. When a young man wakes up bruised and beaten, with no memory of who he is or where he came from, the press immediately dub him 'The Lost Man'. Naming himself Richard Kite, he spends the next ten months desperat...

Penguin presents the audiobook edition of Chasing the Dead by Tim Weaver, read by Joe Coen and Lee Ingleby. One year ago, Alex Towne's body was found. One month ago, his mother saw him on the street. One week ago, David Raker agreed to look for him. Now he wishes he hadn't. Mary Towne's son, Alex, went missing six years ago. Five years later he fin...

Colm Healy used to be one of the Met's best detectives. Until, haunted by the unsolved murders of a mother and her twin daughters, his life was left in ruins. Missing persons investigator David Raker is the only friend Healy has left. The only one who understands that redemption rests on solving these murders. Their search will unravel a thread of...