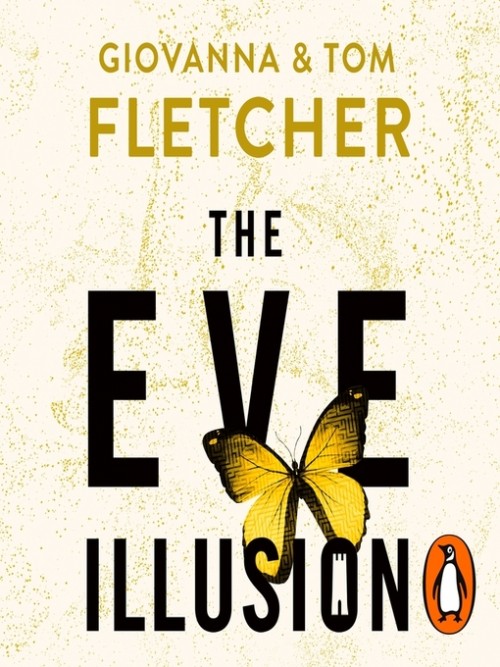 
Brought to you by Penguin THE SECOND BOOK IN THE BESTSELLING EVE OF MAN TRILOGY BY TOM AND GIOVANNA FLETCHER Eve is the last girl on earth. For the last sixteen years, Eve has been a prisoner. Guarded by the Mothers. Trapped by her fate. Watched by the world. Until she took her chance, and escaped. Eve finally has the freedom she has wanted for so long, and with Bram she has the love. But both come at a price . . . In this dangerous new world beyond the Tower, the regime are only ever one step behind. And together with the desperate rebel group fighting against them, Eve has found herself in more danger than she ever could have imagined. With everything stacked against them, can Eve and Bram survive? ©Tom Fletcher, Giovanna Fletcher 2020 (P) Penguin Audio 2020

The Christmasaurus is a story about a boy named William Trundle, and a dinosaur, the Christmasaurus. It's about how they meet one Christmas Eve and have a magical adventure. It's about friendship and families, sleigh bells and Santa, singing elves and flying reindeer, music and magic. It's about discovering your heart's true desire, and learning th...

Some Kind of Wonderful

Some Kind of Wonderful

Penguin presents the audiobook edition of Some Kind of Wonderful by Giovanna Fletcher, read by Emily Atack. When the love of your life says you're not The One, who are you? Lizzy and Ian have been a couple since the first week of university. Now, after celebrating a decade together, everyone thinks they're about to get engaged. Instead, a romantic...

Brought to you by Puffin. The exciting new adventure from bestselling author of The Christmasaurus and The Creakers, Tom Fletcher! Franky can't wait to move to his new town - although he wishes he didn't have to leave his best friend Dani behind. But everything changes after the storm, when strange green lightning and powerful thunder crash down on...

illy and Me is a gorgeously romantic debut novel about the redemptive power of love by actress, journalist and blogger Giovanna Fletcher. Read by Kate Rawson. Sophie May has a secret. One that she's successfully kept for years. It's meant that she's had to give up her dreams of going to university and travelling the world to stay in her little vill...

A bundle edition of two fabulously festive Christmas stories- Dream a Little Christmas Dream: Sarah's doing great. Okay, her dreams might still be totally bananas but real life is definitely back on track. She's got a fantastic job, amazing friends and plans to spend all Christmas wrapped up with Brett, her handsome boyfriend. But after another nig...

Penguin Audio presents Eve of Man by Giovanna and Tom Fletcher, read by Charlotte Ritchie and Josh Dylan. AGAINST ALL ODDS, SHE SURVIVED. THE FIRST GIRL BORN IN FIFTY YEARS. THEY CALLED HER EVE . . . Described by Tom and Giovanna as an unconventional love story set in a dystopian future, Eve of Man is the tale of what happens when you turn sixteen...

Sarah is doing just fine. Sure she's been single for the last five years, and has to spend an uncomfortable amount of time around her ex-boyfriend and their mutual friends, and the rest at her tediously mundane job, but it's fine. She's happy(ish). But it's not surprising that when Sarah starts dreaming about a handsome stranger, she begins looking...

The darkly magical new story about the monsters under the bed, from bestselling author of The Christmasaurus, Tom Fletcher. What silently waits in the shadows at night? What's under your bed, keeping just out of sight? Do you ever hear strange, creaking noises at night? Ever wonder what makes those noises? Lucy Dungston always did. Until, one morni...