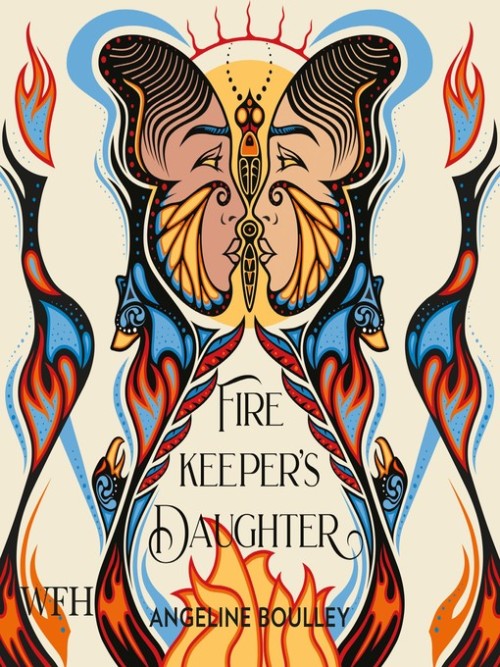 
Eighteen-year-old Daunis Fontaine has never quite fit in, both in her hometown and on the nearby Ojibwe reservation. She dreams of a fresh start at college, but when family tragedy strikes, Daunis puts her future on hold to look after her fragile mother. The only bright spot is meeting Jamie, the charming new recruit on her brother Levi's hockey team. Yet even as Daunis falls for Jamie, she senses the dashing hockey star is hiding something. Everything comes to light when Daunis witnesses a shocking murder, thrusting her into an FBI investigation of a lethal new drug. Reluctantly, Daunis agrees to go undercover, drawing on her knowledge of chemistry and Ojibwe traditional medicine to track down the source. But the search for truth is more complicated than Daunis imagined, exposing secrets and old scars. At the same time, she grows concerned with an investigation that seems more focused on punishing the offenders than protecting the victims. Now, as the deceptions—and deaths—keep growing, Daunis must learn what it means to be a strong Anishinaabe kwe (Ojibwe woman) and how far she'll go for her community, even if it tears apart the only world she's ever known. 'Firekeeper's Daughter is a gripping and unforgettable story of family, community and identity told through the eyes of a protagonist so powerfully realised on the page, you'll swear you can hear her heart beat. Daunis Fontaine is a force to be reckoned with - and so is Angeline Boulley. This is one bold, uncompromising and elegantly crafted debut.' Courtney Summers, New York Times bestselling author of Sadie 'A rare and mesmerising work that blends the power of a vibrant tradition with the aches and energy of today's America. This book will leave you breathless!' Francisco X. Stork, author of Marcelo in the Real World 'What do you get when you combine Tommy Orange, Angie Thomas, and Tomi Adeyemi? This genre-bending new YA thriller.' Entertainment Weekly 'Beautifully crafted and filled with super sleuthing.' Fierce Reads 'Raw and moving, the intricacies of family loyalty and who comes first are deftly and sensitively explored. Firekeeper's Daughter sensitively touches on crimes and lack of accountability against indigenous women in the Native American community and identity. Boulley has crafted a nuanced and refreshing protagonist.' Cosmopolitan