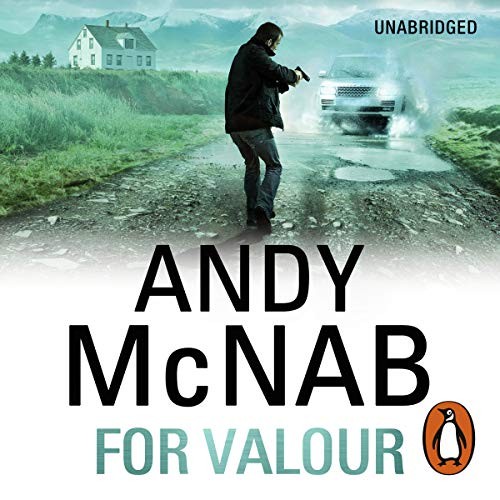 
When a young trooper is shot in the head at the Regiment's renowned Killing House, Nick Stone is perfectly qualified to investigate the mysterious circumstances more deeply. He has just returned from Moscow - still trying to come to terms with the fact that his girlfriend and baby son are safer there without him - so combines an unrivalled understanding of the Special Forces landscape with a detachment that should allow him to remain in cover. But less than forty-eight hours later, a second death catapults him back into the firing line - into the telescopic sights of an unknown assassin bent on protecting a secret that could strike at the heart of the establishment that Stone has, in his maverick fashion, spent most of his life fighting to protect. And now the clock is ticking, Stone hurtles from the solitude of a remote Welsh confessional to Glencoe - whose shadows still whisper of murder and betrayal - and on to Southern Spain, in an increasingly desperate quest to uncover the truth about a chain of events that began in the darkness of an Afghan hillside, and left a young man haunted by the never-ending screams of a friend the Taliban skinned alive. Nick Stone's most heart-stopping adventure yet will force the reader to recognise the thinness of the line that separates sacrifice from suicide, to share the nightmares that walk hand in hand with heroism - and to count the real cost of actions taken in the name of loyalty.

December 2001. If he hadn't needed American citizenship so badly, Nick Stone wouldn't have agreed to do this one last job, but the CIA's offer of a new life in the United States, and the chance to share it with Carrie, the woman he's fallen in love with, is one he cannot refuse. The job seems simple enough for a man of his particular skills: infilt...

Liam Scott has joined Recce Platoon, and it looks like he will be heading for Somalia. His mission is to gather intelligence from behind enemy lines, carrying out top-secret surveillance and dead-letter drops. But he's new to the game and there's a lot to learn. Soon Liam is monitoring a den of Al Shabaab militants and hunting a key terrorist targe...

Recuperating in Switzerland after a job that cost the life of one of his closest friends, Nick Stone is looking for a quiet life. But when his private life starts to disintegrate, Nick is reluctantly forced back into action. The trail leads him to Africa and the Democratic Republic of the Congo, where it isn't long before his dark past comes knocki...

Liam Scott is back in Afghanistan, this time with 4 Rifles. No longer the new guy, it's his chance to prove himself and take the lead. But the warzone has changed dramatically, and so have the rules. Working alongside the Afghan National Army, Liam and his new patrol face daily attacks from Taliban insurgents. But the real threat seems to be coming...

The Raiders are a talented young skydiving team - with a secret. They are also a highly trained group of covert operatives, carrying out deniable missions for Britain's intelligence services. Under the demanding guidance of their ice-cold leader, an ex SAS explosives expert with many live covert special ops missions into active war zones behind him...

An ex-SAS officer now working for British Intelligence finds himself to be a disposable pawn in a deadly game of cat-and-mouse between the superpowers. Being a deniable operative, he is in deadly danger but he needs the money.

What if your prank killed your best friend. Could you live with yourself? You try to forget and move on; you enrol in Army training, you want to make something of your life. The training is tough and it almost breaks you. But you survive; you know you'll make a good soldier. Finally, when you're out in Afghanistan, under enemy fire, you come face-t...

Sean Harker is good at two things: stealing cars and fighting. One earns him money, the other earns him respect from the gang that he calls family. A police chase through the city streets is just another rite of passage for Sean . . . as is getting nicked. But a brutal event behind bars convinces him to take charge, and turn his life around. Now he...

Danny Watts' grandfather, Fergus, was a traitor - an SAS explosives expert who betrayed his country and his Regiment for drug money. He was arrested and left to rot and die in a Columbian jail. At least, that's what seventeen-year-old Danny is told when his hopes of becoming a soldier are destroyed forever. But he knows something the army doesn't s...

Ethan Blake is seventeen and desperate to escape from his dead-end life. When he sees someone B.A.S.E. jump from the top of his block of flats, it changes the way he sees the world for ever.