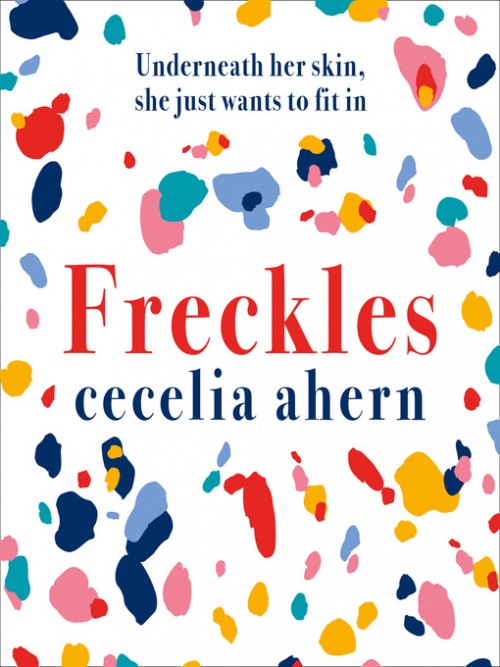 
The brand new novel from million-copy bestselling author Cecelia Ahern. Five people.Five chances.One woman's search for happiness. Allegra Bird's arms are scattered with freckles, a gift from her beloved father. But despite her nickname, Freckles has never been able to join all the dots. So when a stranger tells her that everyone is the average of the five people they spend the most time with, it opens up something deep inside. The trouble is, Freckles doesn't know if she has five people. And if not, what does that say about her? She's left her unconventional father and her friends behind for a bold new life in Dublin, but she's still an outsider. Now, in a quest to understand, she must find not one but five people who shape her – and who will determine her future. Told in Allegra's vivid, original voice, moving from modern Dublin to the fierce Atlantic coast, this is an unforgettable story of human connection, of friendship, and of growing into your own skin.

Ps, I Love You

Ps, I Love You

Everyone needs a guardian angel. Some people wait their whole lives to find their soul mates. But not Holly and Gerry. Childhood sweethearts, they could finish each other's sentences and even when they fought, they laughed. No one could imagine Holly and Gerry without each other. Until the unthinkable happens. Gerry's death devastates Holly. But as...

The stunning YA debut from internationally bestselling author Cecelia Ahern. Celestine North lives a perfect life. She's a model daughter and sister, she's well-liked by her classmates and teachers, and she's dating the impossibly charming Art Crevan. But then Celestine encounters a situation in which she makes an instinctive decision. She breaks a...

The Time of My Life

The Time of My Life

Lucy Silchester has received an appointment card. Actually, she's been invited along a few times to this appointment, but she keeps brushing the gold embossed envelope under the shag pile carpet. She's taken her eye off the ball and has busied herself with work, helping out friends, fixing her car, feeding her cat, seeing her family and devoting he...

In the south-west of Ireland, rugged mountains meet bright blue lakes and thick forests. Deep in the woods, a young woman lives alone, forever secluded from the world, her life a well-kept secret. She possesses an extraordinary talent, the likes of which no-one has seen before: a gift that will earn her the nickname Lyrebird. When Solomon stumbles...

Journalist Kitty Logan's career has been destroyed by scandal, and she now faces losing the woman who guided her and taught her everything she knew. At her mentor's bedside, Kitty asks her - what is the one story she always wanted to write? The answer lies in a file buried in Constance's office: a list of one hundred names.There is no synopsis, no...

Step into the magical world of Cecelia Ahern in this heartwarming bestseller. If you could wish for one gift this Christmas, what would it be? Lou Suffern wishes he could be in two places at once. His constant battle with the clock is a sensitive issue with his wife and family. Gabe wishes he was somewhere warm. When Lou invites Gabe, a homeless ma...

The Book of Tomorrow

The Book of Tomorrow

Born into a family of wealth,Tamara Goodwin had always had everything she wanted. But then suddenly her dad is gone and life for Tamara and her mother changes forever. Left with a mountain of debt, they have no choice but to move in with Tamara's uncle and aunt. Tamara is lonely and longs to return to Dublin. When a travelling library passes throug...

How To Fall In Love

How To Fall In Love

She has just two weeks. Two weeks to teach him how to fall in love-with his own life. One night, when Christine is crossing the Ha'penny Bridge in Dublin a man is there, threatening to jump. Adam is desperate-but Christine makes a crazy deal with him: to show him life is worth living in the two weeks before his 35th birthday. The two of them embark...

The thrilling, shocking and romantic sequel to the bestselling YA debut FLAWED is finally here. When we embrace all our flaws, that's when we can finally become PERFECT. Celestine North lives in a society that demands perfection. After she was branded Flawed by a morality court, Celestine's life has completely fractured - all her freedoms gone. Sin...