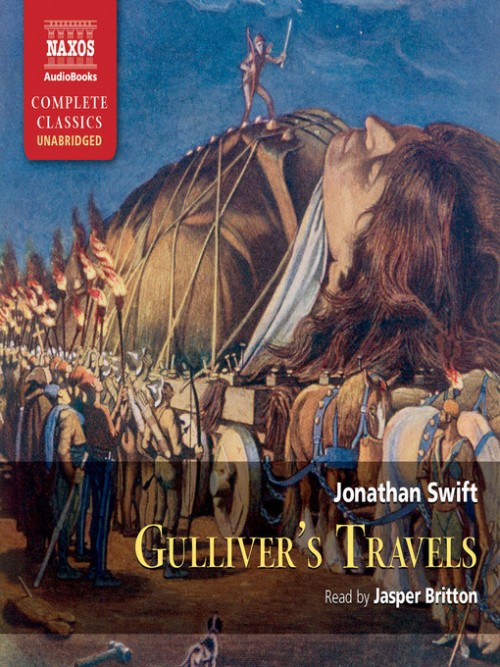 
Lemuel Gulliver, a slightly staid ship's doctor, relates the tales of his astonishing travels. He encounters the tiny, warring Lilliputians; the giant, sceptical Brobdingnagians; the ludicrously intellectual Laputans; and the idealistic - if rather stolid - Houyhnhnms and their bestial servants, the Yahoos. An immediate best-seller when it was first published in 1726, Gulliver's Travels has remained a favourite ever since. It was an attack on the politics and society of Swift's day, but it is also a polemical, inventive, surreal, vitriolic and wonderfully imaginative masterpiece, whose powerful satire continues to strike home.

Gulliver's Travels has been in print since its first publication in 1726, due to its popularity with young and old alike. As well as a wildly imaginative tale of travel and adventure, it is a comment on human nature and an overblown explorer's story, rich in symbolism and humour. Lemuel Gulliver, an English surgeon, sets sail on expeditions to extr...

Brought to you by Penguin. This Penguin Classic is performed by Andrew Scott, star of Sherlock, Fleabag and Black Mirror, also known for his on-stage roles in Present Laughter and Hamlet. This definitive recording includes an Introduction by Terence Brown. Joyce's first major work, written when he was only twenty-five, brought his city to the world...