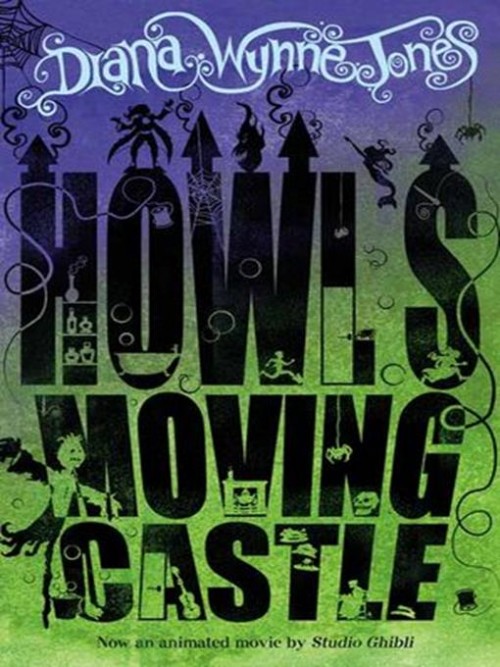 
In the land of Ingary, where seven league boots and invisibility cloaks exist, young Sophie Hatter catches the unwelcome attention of the Witch of the Waste and is put under a spell....Deciding she has nothing more to lose, Sophie makes her way to the moving castle that hovers on the hills above her town, Market Chipping. But the castle belongs to the dreaded Wizard Howl, whose appetite, they say, is satisfied only by the souls of young girls...There Sophie meets Michael, Howl's apprentice, and Calcifer the fire demon, with whom she agrees a pact. Her entanglements with Calcifer, Howl and Michael and her quest to break her curse come alive with Diana Wynne Jones's unique combination of magic, humour and imagination.

Magids look after all worlds, steer them towards magic, and keep history happening. But Rupert Venables' mentor has just died, and as the junior magid on earth he has to find a replacement. When he interweaves the fate lines to get all the candidates together at a sci-fi fantasy convention, havoc ensues as they all converge on a very strange hotel...

A chaotically magical sequel to Howl&rsquo;s Moving Castle. Charmain Baker is in over her head. Looking after Great Uncle William's tiny cottage while he's ill should have been easy, but Great Uncle William is better known as the Royal Wizard Norland and his house bends space and time. Its single door leads to any number of places - the bedrooms, t...