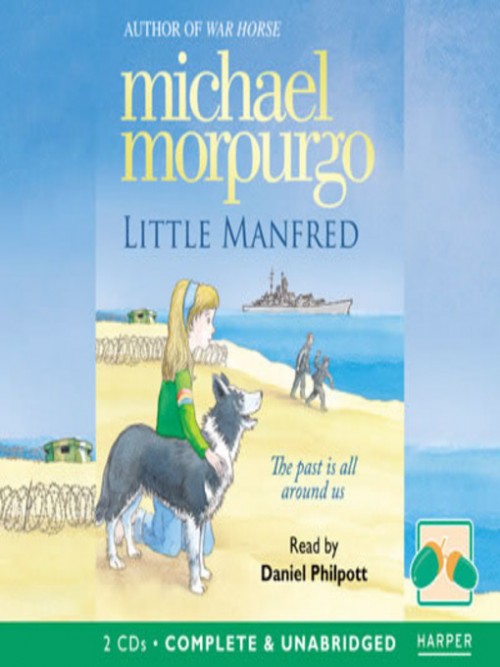 
The heart-lifting, heartbreaking new story by Michael Morpurgo, the nation's favourite storyteller. In the Imperial War Museum is a wooden Dachshund, carved by a German prisoner of war for the children of the British family with which he stayed after the fighting ended. This is the story of how it got there. When the Bismarck sinks, one of the only German survivors is taken on board a British ship as a prisoner of war. Sent to live with a host family, Walter must adapt to a new way of life, in the heart of an enemy country. Gradually, though, he finds a friend in ten-year-old Grace. So when the time finally comes to go back to Germany, it's an emotional parting, with Walter leaving Grace with only a carved wooden dog to remember him by. The question is, will Walter and Grace ever meet again? In 1966, with the World Cup coming to Britain, that opportunity may just have come along.

The Fox and the Ghost King

The Fox and the Ghost King

A delightful tale of victory against all odds from master storyteller, Michael Morpurgo. "Every fox in the whole town, in the whole country just about, is a football fan... And we all have an impossible dream." In a cosy den under a garden shed lives a family of foxes. They love to watch football - all foxes do. But their favourite team keeps losin...

Cool As A Cucumber

Cool As A Cucumber

Cool as a cucumber is a delightful story about a boy called Peter who at first seems a little reluctant to help dig up a garden patch for his school project to celebrate the Queen's Jubilee. He then starts to dig up some interesting things-a hug worm, a big beetle, bits of china, an old coin and what looks like a giant cucumber, but turns out to be...

A lyrical and moving tale of a young boy growing up in Africa, and his lifelong friendship with a white lion. Bertie rescues an orphaned lion cub from the African veld. They are inseparable until Bertie is sent to boarding school far away in England and the lion is sold to a circus. Bertie swears that one day they will see one another again, but it...

A gentle and deeply moving story of a young girl and her bear, told with great charm by a master storyteller. High in the mountains, in a tiny village, an abandoned bear cub is adopted by a lonely orphan child. Soon they are inseparable, beloved by the whole village - safe, until the arrival of a glamorous film crew who need a dancing bear.

Alone On A Wide Wide Sea

Alone On A Wide Wide Sea

There were dozens of us on the ship, all ages, boys and girls, and we were all up on deck for the leaving of Liverpool, gulls wheeling and crying over our heads, calling good-bye, I thought they were waving good-bye. None of us spoke. It was a grey day with drizzle in the air, the great sad cranes bowing to the ship from the docks as we steamed pas...

Told in the voice of Private Tommo Peaceful, the story follows twenty-four hours at the front, and captures his memories of his family and his village life - by no means as tranquil as it appeared. Full of vivid detail and engrossing atmosphere, leading to a dramatic and moving conclusion, Private Peaceful is both a compelling love story and a deep...

Penguin presents the audiobook edition of The Snowman by Michael Morpurgo, inspired by the original story by Ransom Riggs, read by Richard Armitage. One December morning, James is thrilled to wake up to see snow falling. He spends the whole day making his perfect snowman; he has coal eyes, an old green hat and scarf and a tangerine nose... just lik...

When Patrick saves a litter of greyhound puppies from the canal, he can't bear to hand them all over to the RSPCA. He pleads with his parents: couldn't he just keep one of them? But nothing will convince them and Patrick cries himself to sleep - only to be woken by a greyhound puppy licking his face! Patrick christens his puppy Best Mate, and that'...

Listen To the Moon

Listen To the Moon

The stunning novel set during World War One from Michael Morpurgo, the nation's favourite storyteller and multi-million copy bestseller. May, 1915. Alfie and his fisherman father find a girl on an uninhabited island in the Scillies - injured, thirsty, lost. and with absolutely no memory of who she is, or how she came to be there. She can say only o...

In the Mouth of the Wolf

In the Mouth of the Wolf