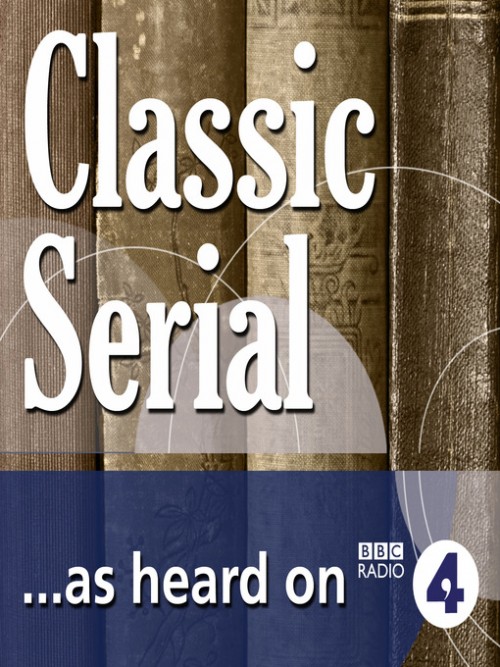 
Both episodes of the BBC Radio 4 two-part dramatisation of Anthony Trollope's classic Miss Mackenzie, a tale of a woman, past the bloom of youth, who inherits a fortune and is then beset by suitors from which to choose. Originally broadcast on 9 and 16 January 2011 in the 'Classic Serial' slot. Miss Mackenzie by Trollope was the runner-up in Radio 4's Neglected Classics vote. Margaret Mackenzie is a single woman in her mid-thirties who receives a large inheritance when her brother dies. She must then deal with what comes with the fortune, including several suitors, who may, or, may not, simply be after her money. She decides to rent a small house in Littlebath and takes her surviving brother Tom's daughter with her as her ward. Tom and his wife, Sarah, are horrified that they have been left no money, especially as they find themselves in financial difficulties. Margaret's suitors include her brother's junior partner, Mr. Rubb, a handsome young man but 'in trade'; and her cousin, John Ball, a widowed father of seven. John is a gentle soul who lives with his ailing father and his supercilious mother, Lady Ball, and the oleaginous Mr. Maguire, a curate in Littlebath. Unfortunately Mr. Maguire has a rather terrifying squint. Miss Mackenzie has to pick her way through this romantic minefield, not knowing who is the best suitor or whether each man wants to marry her for her fortune rather than love. Dramatised by Martyn Wade, Miss Mackenzie stars David Troughton as Anthony Trollope, Hattie Morahan as Miss Mackenzie and Philip Franks as John Ball. Also featured amongst the cast are Margaret Tyzack, Stephen Critchlow, Lloyd Thomas, Sam Dale, Joanna Monro, Leah Brotherhead, Sean Baker, Claire Harry, Christine Kavanagh and Henry Devas. Directed by Tracey Neale.

Palliser Series Book 1: Can You Forgive Her?

Palliser Series Book 1: Can You Forgive Her?

Can You Forgive Her? is the first of the six Palliser novels. Here Trollope examines parliamentary election and marriage, politics and privacy. As he dissects the Victorian upper class, issues and people shed their pretenses under his patient, ironic probe. Alice Vavasor cannot decide whether to marry her ambitious but violent cousin George or the...

Trollope describes the vacillations of a conscientious father, torn between the desire to marry his daughter to a cousin destined to inherit the family title, and his fear that the cousin, reportedly a scheming wastrel, is unworthy of her.

The Way We Live Now

The Way We Live Now

Augustus Melmotte is a fraudulent foreign financier who preys on dissolute nobility - using charm to tempt the weak into making foolish investments in his dubious schemes. Persuaded to put money into a notional plot to run a railroad from San Francisco to Santa Cruz, the capricious gambler Felix Carbury soon becomes one of his victims. But as Melmo...

The third and least political novel of the Palliser series, The Eustace Diamonds concerns the beautiful pathological liar Lizzie Greystock. Determined to marry into wealth, Lizzie snares the ailing Sir Florian Eustace and quickly becomes a widow. Despite the brevity of their marriage, Lizzie still inherits according to the generous terms of Sir Flo...

Chronicles of Barsetshire Series Book 6: The Last Chronicle of Barset

Chronicles of Barsetshire Series Book 6: The Last Chronicle of Barset

The first book in the 'Barsetshire' series. When John Bold decides to challenge corruption in the Church of England he sets the whole town of Barchester ablaze with the consequences. This book is the study of conflicting loyalties and principles in a cathedral city where the gentle warden becomes an unwilling focus of national controversy.

The brilliant conclusion to the Palliser novels, this touching story follows the elderly Duke of Omnium, the former prime minister of England, as he struggles to overcome his grief at the loss of his beloved wife, Lady Glencora. To complicate matters, he must also deal with the willfulness of his three adult children as he tries to guide and suppor...

The American Senator By Anthony Trollope. Dramatised by Martyn Wade. Part Two Lord Rufford has kissed Arabella twice but she realises that much more needs to be done to win him and his estate. It is now time to tell John Morton she no longer wants to marry him? Starring Robert Glenister, Anna Maxwell Martin, Barbara Flynn, Blake Ritson, Stuart Mill...