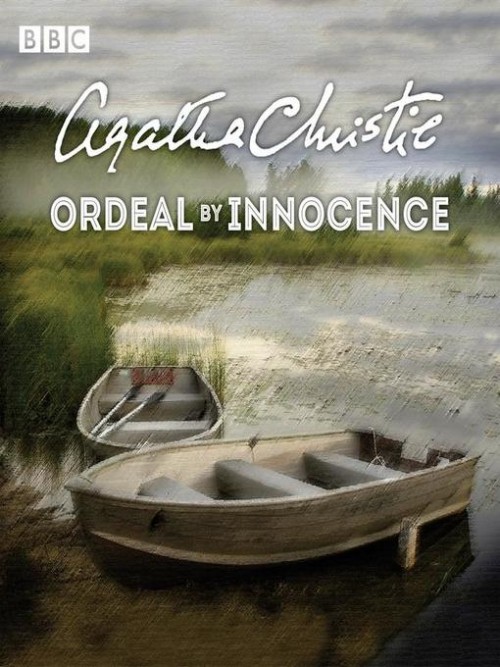 
A full-cast BBC Radio 4 adaptation of Agatha Christie's novel, known to be a favourite among her own works.

When Doctor Calgary visits the Argyle family, he believes he brings good news. He is there to clear the name of Jacko, who was convicted of the murder of his own mother, Rachel. But the doctor's news is not greeted with the enthusiasm he expects, and the family seem intent on resisting both his help and the investigations of Inspector Huish.

When a further murder is committed, it becomes apparent that a killer is among the gathered party. With almost everyone having a motive and the means for murder, they must all be on their guard.

Eschewing the traditional detective format, Ordeal by Innocence examines how the innocent suffer more than the guilty when a crime goes unsolved. Along with Crooked House, it was Agatha Christie's favourite of her own works.

And Then There Were None

And Then There Were None

Ten strangers, apparently with little in common, are lured to an island mansion off the coast of Devon by the mysterious U.N.Owen. Over dinner, a record begins to play, and the voice of an unseen host accuses each person of hiding a guilty secret. That evening, former reckless driver Tony Marston is found murdered by a deadly dose of cyanide. The t...

Tommy and Tuppence Beresford have just become the proud owners of an old house in an English village. Along with the property, they have inherited some worthless bric-a-brac, including a collection of antique books. While rustling through a copy of The Black Arrow, Tuppence comes upon a series of apparently random underlinings. However, when she wr...

A Pocket Full of Rye

A Pocket Full of Rye

A handful of grain is found in the pocket of a murdered businessman.Rex Fortescue, king of a financial empire, was sipping tea in his 'counting house' when he suffered an agonising and sudden death. On later inspection, the pockets of the deceased were found to contain traces of cereals. Yet, it was the incident in the parlour which confirmed Jane...

In utter disbelief, Miss Marple read the letter addressed to her from the recently deceased Mr Rafiel, an acquaintance she had met briefly on her travels. Recognising in Miss Marple a natural flair for justice, Mr Rafiel had left instructions for her to investigate a crime after his death. The only problem was, he had failed to tell her who was inv...

As Jane Marple sat basking in the Caribbean sunshine, she felt mildly discontented with life. True, the warmth eased her rheumatism, but here in paradise, nothing ever happened. Eventually, her interest was aroused by an old soldier's yarn about a strange coincidence. Infuriatingly, just as he was about to show her an astonishing photograph, the Ma...

Cat Among the Pigeons

Cat Among the Pigeons

Late one night, two teachers investigate a mysterious flashing light in the sports pavilion, while the rest of the school sleeps. There, among the lacrosse sticks, they stumble upon the body of the unpopular games mistress, shot through the heart from point blank range. The school is thrown into chaos when the "cat" strikes again. Unfortunately, sc...

Murder On the Orient Express

Murder On the Orient Express

Just after midnight, a snowdrift stopped the Orient Express in its tracks. The luxurious train was surprisingly full for the time of the year. But by the morning there was one passenger fewer. An American lay dead in his compartment, stabbed a dozen times, his door locked from the inside.

For an instant the two trains ran together, side by side. In that frozen moment, Elspeth witnessed a murder. Helplessly, she stared out of her carriage window as a man remorselessly tightened his grip around a woman's throat. The body crumpled. Then the other train drew away. But who, apart from Miss Marple, would take her story seriously? After al...

The Murder At the Vicarage

The Murder At the Vicarage

"Anyone who murdered Colonel Protheroe," declared the parson, brandishing a carving knife above a joint of roast beef, "would be doing the world at large a service!" It was a careless remark for a man of the cloth. And one which was to come back and haunt the clergyman just a few hours later. From seven potential murderers, Miss Marple must seek ou...

Death On the Nile

Death On the Nile

The tranquillity of a cruise along the Nile was shattered by the discovery that Linnet Ridgeway had been shot through the head. She was young, stylish, and beautiful. A girl who had everything...until she lost her life. Hercule Poirot recalled an earlier outburst by a fellow passenger: "I'd like to put my dear little pistol against her head and jus...