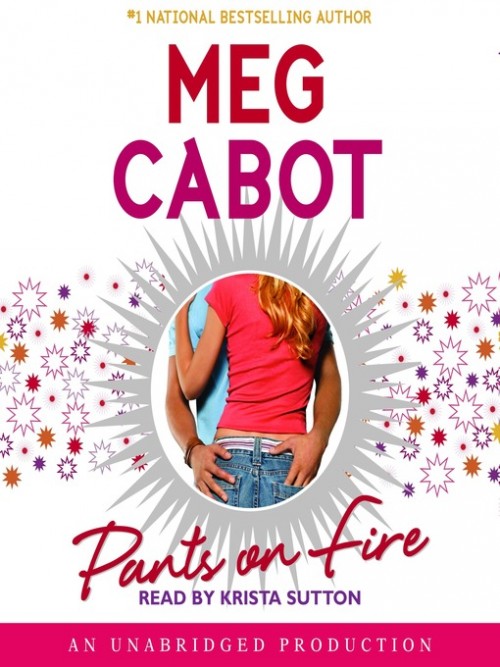 
It's just that telling the truth is so . . . tricky. She knows she shouldn't be making out with a drama club hottie behind her football-player boyfriend's back. She should probably admit that she can't stand eating quahogs (clams), especially since she's running for Quahog Princess in her hometown's annual Quahog Festival. And it would be a relief to finally tell someone what really happened the night Tommy Sullivan was spray-painted on the new wall outside the gymnasium-in neon orange, which still hasn't been sandblasted off. After all, everyone knows that's what drove Tommy out of town four years ago. But now Tommy Sullivan has come back. Katie is sure he's out for revenge, and she'll do anything to hang on to her perfect (if slightly dishonest) existence. Even if it means telling more lies than ever. Even if, now that Tommy's around, she's actually-no lie-having the time of her life.

Poor Mia. Not only has she made a total ass of herself with J.P. (a.k.a. the Guy Who Hates It When They Put Corn in the Chilli), trying to prove that she's a super-chilled party girl. She's also bankrupted the student council. Way to go, Princess. Just as Mia's scared that she's lost Michael and a ton of money, Grandmere steps in with a fund-raisin...

The only thing Jean Honeychurch hates more than her boring name (not Jean Marie, or Jeanette, just . . . Jean) is her all-too-appropriate nickname, Jinx. Misfortune seems to follow her everywhere she goes-which is why she's thrilled to be moving in with her aunt and uncle in New York City. Maybe when she's halfway across the country, Jinx can final...

Everyone loves Jen Greenley. What's not to like when she's so incredibly nice? In the jungle of Clayton High School, nice is pretty rare. But being the world's best listener doesn't always get you far. When Jen's asked to look after Hollywood's most famous teenage movie star, in Clayton to research a new role, can she keep his identity a secret? An...

One minute Mia's a totally normal Manhattan 14-year-old. Next minute she's heir to the throne of Genovia, being trailed by a trigger-happy bodyguard, taking princess lessons with her bonkers old grandma, and having a makeover with someone called Paolo. Well, her dad can lecture her till he's royal-blue in the face, but no way is Mia going to turn h...

Heather should be happy. She's finally got a boyfriend. On the down side, her boss, Dr Veatch, may be the most boring man... But that hardly seems reason enough to put a bullet through his head. Can Heather find her boss' murderer, answer Tad's question, and get her landlord to realise that by letting her go, he's making the biggest mistake?

It's nearly Mia's 15th birthday. A time when a princess should be getting ready for the biggest night of her life - the Senior Prom. But Mia's boyfriend has neglected to invite Mia to the prom at all. Just as Mia cooks up a plan to change Michael's mind, disaster strikes.

The new school year's only just begun - and already there have been some big surprises. Not least, Tina's revelation that Lilly's probably 'Done It' with J.P.! And what about Mia's new haircut, which has turned out kind of... extreme? But then Michael drops a bombshell. He has been accepted on a year-long computer science course... in Japan! Can Mi...

When you peak at fifteen, where can things go but downhill? Former teen pop sensation Heather Wells has hit rock bottom: tired of singing other people's lyrics, she hasn't exactly been bombarded with recording contracts for her own songs. Worse, Dad's in jail, Mom's bolted for Buenos Aires, and Heather can't seem to stop drowning her sorrows in Kit...

How can Mia bear it? Michael, her one true love, has gone away to college, leaving her to face a new school year all alone (well, nearly). With a potential eco-disaster in Genovia, a new English teacher who can't stand her, and a totally transformed Boris to get used to, life for the world's most reluctant royal is looking like it can't get much wo...

Everything is new for Allie Finkle. A new house, a new school, new friends - when all she wanted was a new kitten. Now Allie's finding that it's hard being the new girl, especially when the class bully hates you from the first day! What Allie needs are some new rules to help her out! Like... when you are starting your first day ever at a brand new...