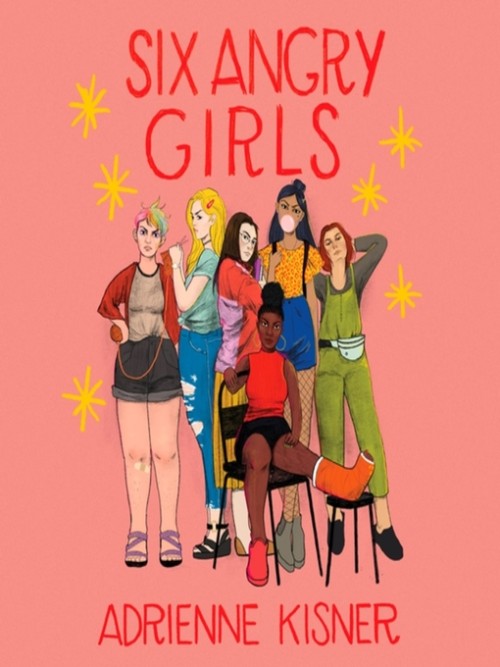 
Adrienne Kisner's Six Angry Girls is a story of mock trial, feminism, and the inherent power found in a pair of knitting needles.
Raina Petree is crushing her senior year, until her boyfriend dumps her, the drama club (basically) dumps her, the college of her dreams slips away, and her arch-nemesis triumphs.
Things aren't much better for Millie Goodwin. Her father treats her like a servant, and the all-boy Mock Trial team votes her out, even after she spent the last three years helping to build its success.
But then, an advice columnist unexpectedly helps Raina find new purpose in a pair of knitting needles and a politically active local yarn store. This leads to an unlikely meeting in the girls' bathroom, where Raina inspires Millie to start a rival team. The two join together and recruit four other angry girls to not only take on Mock Trial, but to smash the patriarchy in the process.
A Macmillan Audio production from Feiwel & Friends

Ashley Davison is desperate to spend the holidays with her mother in Seattle. Dash Sutherland has an interview for the job of a lifetime in Seattle and must arrive by 23 December. Both frantic to book a last-minute flight out of California, Ashley and Dash collide at the airport to learn that there are no flights and only one rental car available....