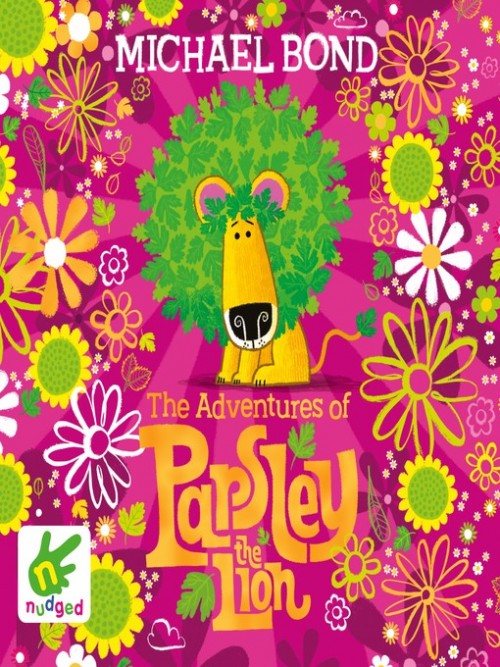 The Adventures of Parsley the Lion


Living in the magical Herb Garden, Parsley the lion is never quite sure what's going to happen to him next . . . especially with an excitable friend like Dill the dog around. Parsley made his debut in 1968 in the children's animated TV series The Herbs, written by the creator of Paddington Bear, Michael Bond. Capturing the hearts of viewers, he went on to star in his own TV series The Adventures of Parsley in 1970, as well as in a series of books and on a wide range of merchandise. Now Michael Bond's hilarious books featuring Parsley the lion, first published nearly fifty years ago, are brought alive for a new generation.

'A bear? On Paddington station?' Mrs Brown looked at her husband in amazement.'Don't be silly, Henry. There can't be!' Fifty years ago, Paddington Bear had travelled all the way from Darkest Peru when the Brown family first met him on Paddington station. Since then their lives have never been quite the same ...

Three classic Paddington Bear stories, by beloved author Michael Bond, are brought together for the first time in this special collection for World Book Day 2018. Nothing is ever straightforward when Paddington is involved. Whether he is attempting detective work, helping to sail a boat or performing magic, ordinary things have a habit of becoming...

Paddington Bear - the beloved bear from Darkest Peru - is back! 'My legs are a bit short for the pole vault!' repeated Paddington hotly. 'But they've always been that way.' Somehow Paddington Bear always manages to find himself in unusual situations. So it is no surprise when he gets into a spot of bother with some shaving cream, causes a London bu...

The Tales of Olga Da Polga

The Tales of Olga Da Polga

Olga da Polga is a guinea-pig with a wild imagination, and from the minute she arrives at her new home, she begins entertaining all the other animals in the garden with her outrageous stories. As well as telling all her tall tales, she also has time to get up to all kinds of mischief and have lots of wonderful adventures too.

Monsieur Pamplemousse and the French Solution

Monsieur Pamplemousse and the French Solution

In this latest adventure, Monsieur Pamplemousse and his canine partner, Pomme Frites, must get to the bottom of a mystery surrounding the tarnishing of the integrity of Le Guide - France's premier hotel and restaurant guide.

A chance encounter with a market researcher leaves Monsieur Pamplemousse with a ticket to the filming of Claude Chavignol's popular television show. Chavignol, a magician-turned-chef and a noted gastronome, is the presenter of 'Cuisine de Chavignol', a live weekly program that is part chat show, part game show interspersed with cooking slots.

"Bears like Paddington are very rare," says Mrs Bird, "and a good thing too, or it would cost us a small fortune in marmalade." Classic adventures of the bear from Darkest Peru. As Paddington says himself, "Things happen to me - I'm that sort of bear." With his attempts at home decorating, detective work and photography, the Brown family soon find...

"A bear on Paddington Station?" said Mrs Brown in amazement. "Don't be silly - there can't be." The original story of Paddington, the classic bear from Darkest Peru, read by Stephen Fry. The Browns first meet Paddington on a railway station - Paddington station, in fact. He has travelled all the way from Darkest Peru with only a jar of marmalade, a...