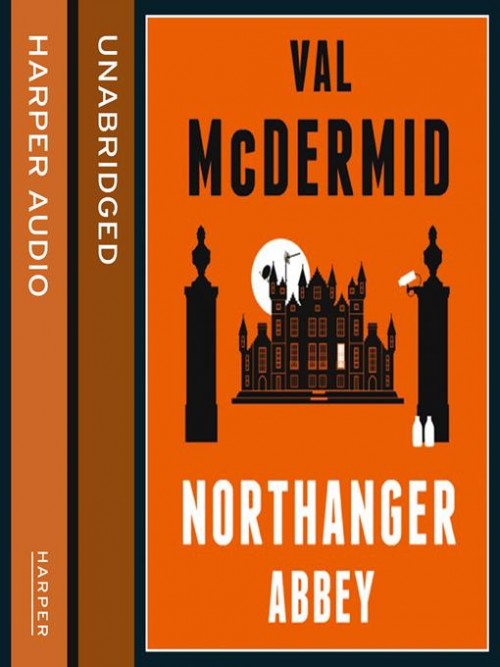 
Jane Austen in the hands of queen of crime, Val McDermid. Get ready for a very different Northanger Abbey. Seventeen-year-old Catherine `Cat' Morland has led a sheltered existence in rural Dorset, a life entirely bereft of the romance and excitement for which she yearns. So when Cat's wealthy neighbours, the Allens, invite her to the Edinburgh Festival, she is sure adventure beckons. Edinburgh initially offers no such thrills: Susie Allen is obsessed by shopping, Andrew Allen by the Fringe. A Highland Dance class, though, brings Cat a new acquaintance: Henry Tilney, a pale, dark-eyed gentleman whose family home, Northanger Abbey, sounds perfectly thrilling. And an introduction to Bella Thorpe, who shares her passion for supernatural novels, provides Cat with a like-minded friend. But with Bella comes her brother John, an obnoxious banker whose vulgar behaviour seems designed to thwart Cat's growing fondness for Henry. Happily, rescue is at hand. The rigidly formal General Tilney invites her to stay at Northanger with son Henry and daughter Eleanor. Cat's imagination runs riot: an ancient abbey, crumbling turrets, secret chambers, ghosts and Henry! What could be more deliciously romantic? But Cat gets far more than she bargained for in this isolated corner of the Scottish Borders. The real world outside the pages of a novel proves to be altogether more disturbing than the imagined world within.

There was only one reason Manchester-based private eye Kate Brannigan was prepared to let her boyfriend help out with the investigation into a car sales fraud - nothing bad could happen. But by now Kate should know that with Richard you have to expect the unexpected. With the unexpected being Richard behind bars, Kate seems to be the obvious choice...

Manchester-based private eye Kate Brannigan is not amues when thieves have the audacity to steal a Monet from a stately home where she's arranged security. She's even less thrilled when the hunt for the thieves drags her on a treacherous foray across Europe as she goes head to head with organized crime. And as if that isn't enough, a routine indust...

1984. The miners' strike is dividing the country. In a struggling coal-mining town, the miners and their families are living at the edge of their resources. On the 14th of December, five miners break ranks to travel to Nottingham and work. For those who stay behind, this is an unforgivable betrayal. Twenty-three years later, a young woman is asking...

Kate Brannigan, feisty Manchester-based PI, is back, investigating the bizarre case of the missing conservatories. Before long she's up to her neck in crooked land deals, mortgage scams, financial chicanery - and murder. But when a favour for a friend puts Kate's own life in danger, bizarre is not the first word she thinks of.