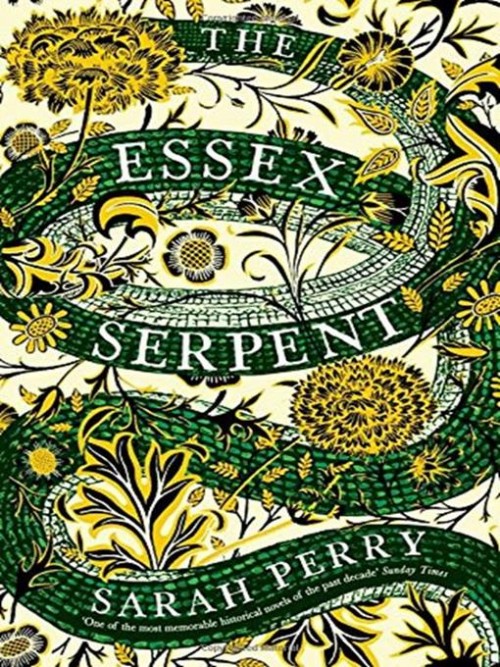 
London, 1893. When Cora Seaborne's controlling husband dies, she steps into her new life as a widow with as much relief as sadness. Along with her son Francis - a curious, obsessive boy - she leaves town for Essex, in the hope that fresh air and open space will provide refuge. On arrival, rumours reach them that the mythical Essex Serpent, once said to roam the marshes claiming lives, has returned to the coastal parish of Aldwinter. Cora, a keen amateur naturalist with no patience for superstition, is enthralled, convinced that what the local people think is a magical beast may be a yet-undiscovered species. As she sets out on its trail, she is introduced to William Ransome, Aldwinter's vicar, who is also deeply suspicious of the rumours, but thinks they are a distraction from true faith. As he tries to calm his parishioners, Will and Cora strike up an intense relationship, and although they agree on absolutely nothing, they find themselves at once drawn together and torn apart, affecting each other in ways that surprise them both.

After Me Comes the Flood

After Me Comes the Flood

One hot summer's day, John Cole decides to leave his life behind. When his car breaks down on an isolated road, he goes looking for help and stumbles upon a grand but dilapidated house. Its residents claim to have been waiting for him.... There's Hester, their controlling host; Alex and Claire, siblings full of childlike wonder; the mercurial Eve;...