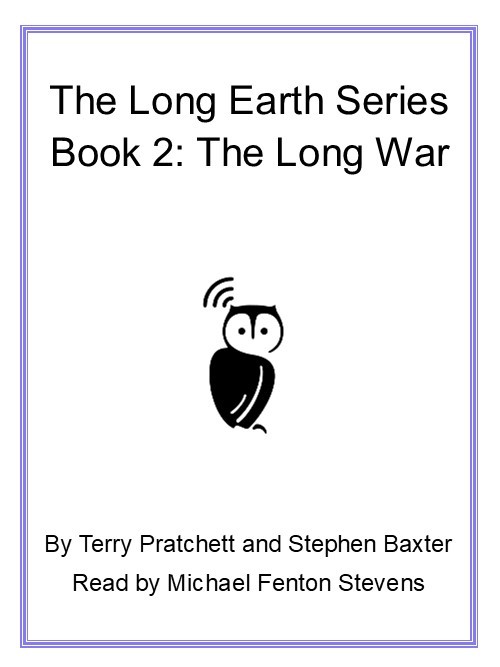 
A generation after the events of The Long Earth, mankind has spread across the new worlds opened up by Stepping. Where Joshua and Lobsang once pioneered, now fleets of airships link the stepwise Americas with trade and culture. Mankind is shaping the Long Earth - but in turn the Long Earth is shaping mankind ... A new `America', called Valhalla, is emerging more than a million steps from Datum Earth, with core American values restated in the plentiful environment of the Long Earth - and Valhalla is growing restless under the control of the Datum government... Meanwhile the Long Earth is suffused by the song of the trolls, graceful hive-mind humanoids. But the trolls are beginning to react to humanity's thoughtless exploitation ... Joshua, now a married man, is summoned by Lobsang to deal with a gathering multiple crisis that threatens to plunge the Long Earth into a war unlike any mankind has waged before.

2045-2059. After the cataclysmic upheavals of Step Day and the Yellowstone eruption humanity is spreading further into the Long Earth, and society, on a battered Datum Earth and beyond, continues to evolve. Now an elderly and cantankerous AI, Lobsang lives in disguise with Agnes in an exotic, far-distant world. He's convinced they're leading a norm...

All this books and stuff, that isn't what it should all be about. What we need is real wizardry. All is not well within the Unseen University. The endemic politics of the place have ensured that it has finally got what it wished for: the most powerful wizard on the disc. Which could mean that the death of all wizardry is at hand. And the world is...

'Things have to come to an end, see. That's how it works when you turn the world into stories. You should never have done that. You shouldn't treat people like they was characters, like they was things. But if you do, then you've got to know where the story ends.' That's the problem when you let real life get in the way of a good story. You should...

Eric is the Discworld's only demonology hacker. Pity he's not very good at it. All he wants is his three wishes granted.Nothing fancy - to be immortal, rule the world, have the most beautiful woman in the world fall madly in love with him, the usual stuff. But instead of a tractable demon, he calls up Rincewind, probably the most incompetent wizard...

2040-2045: In the years after the cataclysmic Yellowstone eruption there is massive economic dislocation as populations flee Datum Earth to myriad Long Earth worlds. Sally, Joshua, and Lobsang are all involved in this perilous work when, out of the blue, Sally is contacted by her long-vanished father and inventor of the original Stepper device, Wil...

They say that a little knowledge is a dangerous thing, but it is not one half so bad as a lot of ignorance. There are some situations where the correct response is to display the sort of ignorance which happily and wilfully flies in the face of the facts. In this case, the birth of a baby girl, born a wizard - by mistake. Everybody knows that there...

William de Worde is the accidental editor of the Discworld's first newspaper. New printing technology means that words just won't obediently stay nailed down like usual. There's a very real threat of news getting out there. Now he must cope with the traditional perils of a journalist's life - people who want him dead, a recovering vampire with a s...

1916: the Western Front. Private Percy Blakeney wakes up. He is lying on fresh spring grass. He can hear birdsong, and the wind in the leaves in the trees. Where has the mud, blood and blasted landscape of No Man's Land gone? 2015: Madison, Wisconsin. Cop Monica Jansson is exploring the burned-out home of a reclusive (some said mad, others dangerou...

'A foot on the neck is nine points of the law' There are many who say that the art of diplomacy is an intricate and complex dance between two informed partners, determined by an elaborate set of elegant and unwritten rules. There are others who maintain that it's merely a matter of who carries the biggest stick. Like when a large, heavily fortified...