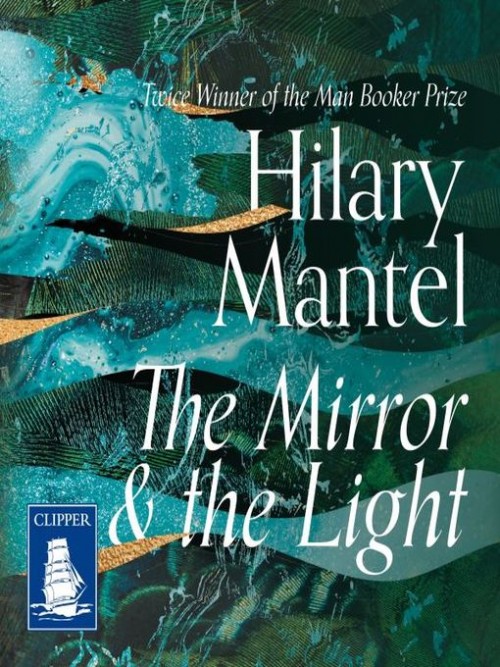 
The long-awaited sequel to Wolf Hall and Bring Up the Bodies, the stunning conclusion to Hilary Mantel's Man Booker Prize-winning Thomas Cromwell trilogy. 'If you cannot speak truth at a beheading, when can you speak it?' England, May 1536. Anne Boleyn is dead, decapitated in the space of a heartbeat by a hired French executioner. As her remains are bundled into oblivion, Thomas Cromwell breakfasts with the victors. The blacksmith's son from Putney emerges from the spring's bloodbath to continue his climb to power and wealth, while his formidable master, Henry VIII, settles to short-lived happiness with his third queen. Cromwell is a man with only his wits to rely on; he has no great family to back him, no private army. Despite rebellion at home, traitors plotting abroad and the threat of invasion testing Henry's regime to breaking point, Cromwell's robust imagination sees a new country in the mirror of the future. But can a nation, or a person, shed the past like a skin? Do the dead continually unbury themselves? What will you do, the Spanish ambassador asks Cromwell, when the king turns on you, as sooner or later he turns on everyone close to him? With The Mirror and the Light, Hilary Mantel brings to a triumphant close the trilogy she began with Wolf Hall and Bring Up the Bodies. She traces the final years of Thomas Cromwell, the boy from nowhere who climbs to the heights of power, offering a defining portrait of predator and prey, of a ferocious contest between present and past, between royal will and a common man's vision: of a modern nation making itself through conflict, passion and courage.

A Place of Greater Safety Vol. 1

A Place of Greater Safety Vol. 1

From the double Man Booker prize-winner comes an extraordinary work of historical imagination - this is Hilary Mantel's epic novel of the French Revolution. Georges-Jacques Danton: zealous, energetic and debt-ridden. Maximilien Robespierre: small, diligent and terrified of violence. And Camille Desmoulins: a genius of rhetoric, charming and handsom...

The Assassination of Margaret Thatcher

The Assassination of Margaret Thatcher

In these ten bracingly subversive tales, all of Hilary Mantel's gifts of characterisation and observation are fully engaged. Childhood cruelty is played out behind the bushes in 'Comma'; nurses clash in 'Harley Street' over something more than professional differences. Whether set in a claustrophobic Saudi Arabian flat or on a precarious mountain r...

Bring Up the Bodies

Bring Up the Bodies

Continuing what began in the Man Booker Prize-winning WOLF HALL, we return to the court of Henry VIII, to witness the irresistible rise of Thomas Cromwell as he contrives the destruction of Anne Boleyn. By 1535 Cromwell is Chief Minister to Henry, his fortunes having risen with those of Anne Boleyn. But the split from the Catholic Church has left E...

Giving Up the Ghost

Giving Up the Ghost

This is award-winning novelist Hilary Mantel's uniquely unusual five-part autobiography. Opening with 'A Second Home', in which Mantel describes the death of her stepfather, Giving Up the Ghosts is a wry, shocking and beautifully-written memoir of childhood, ghosts (real and metaphorical), illness and family. Finally, at the memoir's conclusion, Ma...

The collection begins in the 1950s in an insular northern village 'scoured by bitter winds and rough gossip tongues.' For the child narrator, the only way to survive is to get up, get on, get out. The title story sees our narrator ironing out her northern vowels with the help of an ex-actress with one lung and a Manchester accent. In Third Floor Ri...