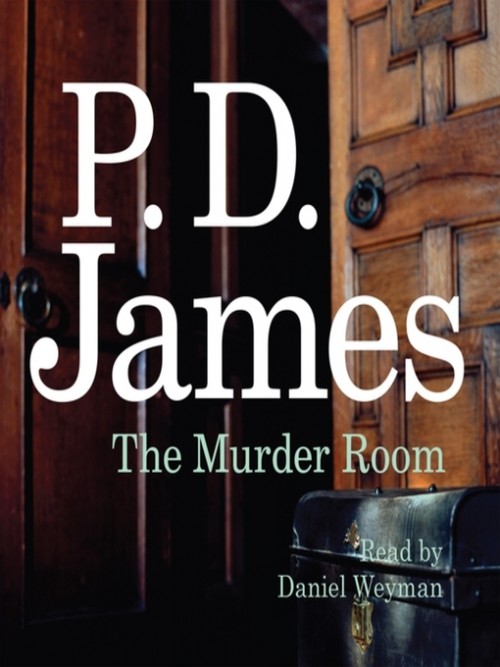 
Commander Adam Dalgliesh is already acquainted with the Dupayne Museum in Hampstead, and with its sinister murder room celebrating notorious crimes committed in the interwar years, when he is called to investigate the killing of one of the trustees. He soon discovers that the victim was seeking to close the museum against the wishes of both staff and fellow trustees. Everyone, it seems, has something to gain from the crime. When it becomes clear that the killer is prepared to kill again, inspired by the real-life crimes from the murder room, Dalgliesh knows that to solve this case he has to get into the mind of a ruthless killer. The investigation is complicated for Dalgliesh by his love for Emma Lavenham, but their relationship, at a sensitive stage for them both, is continually frustrated by the demands of his job. As step by step he moves closer to the murderer, is the investigation taking him further away from commitment to the woman he loves? Award-winning P.D. James (author of Death Comes to Pemberley, The Murder Room and A Certain Justice) plots a thrilling work of crime fiction packed with intrigue and suspense. In 2004, this novel was adapted for BBC television and starred Martin Shaw as Adam Dalgliesh and Janie Dee as Emma Lavenham.

Winner of the CWA Crime Awards Silver Dagger. Two men lie in a welter of blood in the vestry of St Matthew's Church, Paddington, their throats brutally slashed. One is Sir Paul Berowne, a baronet and recently resigned Minister of the Crown, the other an alcoholic vagrant. Dalgliesh and his team, set up to investigate crimes of particular sensitivit...

When the body of a theology student is found on a desolate stretch of coast in East Anglia, his wealthy father demands that Scotland Yard should re-examine the verdict of accidental death. Commander Adam Dalgliesh agrees to pay a visit to the young man's theological college, St Anselm's, a place he knew as a boy, expecting no more than a nostalgic...

Devices and Desires by P.D. James is the eighth Adam Dalgliesh mystery. Set against the remote Norfolk coastline under the shadow of a nuclear power station, a serial killer known as the Whistler is terrorising the neighbourhood. When Commander Adam Dalgliesh visits Larksoken, a remote headland community on the Norfolk coast in the shadow of a nucl...