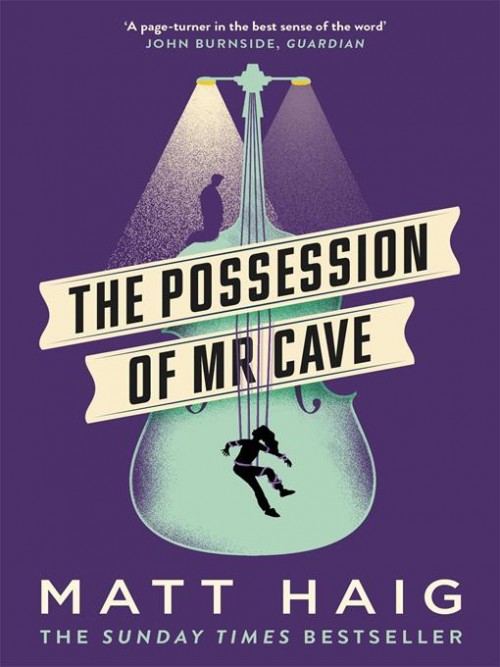 The Possession of Mr Cave


Terence Cave, owner of Cave Antiques, has already experienced the tragedies of his mother's suicide and his wife's murder when his teenage son, Reuben, is killed in a grotesque accident. His remaining child, Bryony, has always been the family's golden girl, and Terence comes to realise that his one duty in life is to protect her from the world's malign forces, whatever that may take. But as he starts to follow his grieving daughter's movements and enforce a draconian set of rules, his love for Bryony becomes a possessive force that leads to destruction.

You are about to listen to the true story of Father Christmas. It is a story that proves that nothing is impossible. If you are one of those people who believe that some things are impossible, you should put this book down right away. It is most certainly not for you. Because this audiobook is full of impossible things. Are you still reading? Good....

How To Stop Time

How To Stop Time

Tom Hazard has a dangerous secret. He may look like an ordinary 41-year-old, but owing to a rare condition, he's been alive for centuries. From Elizabethan England to Jazz-Age Paris, from New York to the South Seas, Tom has seen a lot, and now craves an ordinary life. Always changing his identity to stay alive, Tom has the perfect cover - working a...

Thirty-four-year-old Nora's life could be better. She's lonely, single and has just lost her job. Her cat dying feels like the last straw. What else is there to live for? Then she finds a library between life and death where she gets to try all the other lives she could have lived. The Midnight Library is a gloriously relatable novel about life, de...

In order to stay human, Audrey has built a moat around herself; a moat of books, music and dreams. It makes her different from the echoes: the sophisticated, emotionless machines, built to resemble and work for the humans. Daniel is an echo-but he's not like the others. He has feelings he was never designed to have, and cannot explain. And when Aud...

The Girl Who Saved Christmas

The Girl Who Saved Christmas

If magic has a beginning, can it also have an end? When Amelia wants a wish to come true she knows just the man to ask - Father Christmas. But the magic she wants to believe in is starting to fade, and Father Christmas has more than impossible wishes to worry about. Upset elves, reindeers dropping out of the sky, angry trolls and the chance that Ch...

Notes On A Nervous Planet

Notes On A Nervous Planet

Rates of stress and anxiety are rising. A fast, nervous planet is creating fast and nervous lives. We are more connected, yet feel more alone. And we are encouraged to worry about everything from world politics to our body mass index. - How can we stay sane on a planet that makes us mad? - How do we stay human in a technological world? - How do we...

What does it mean to feel truely alive? Aged 24, Matt Haig's world caved in. He could see no way to go on living. This is the true story of how he came through crisis, triumphed over an illness that almost destroyed him and learned to live again. A moving, funny and joyous exploration of how to live better, love better and feel more alive, Reasons...

To Be A Cat

To Be A Cat

Barney Willow thinks life couldn't get any worse. He's weedy, with sticky-out ears. Horrible Gavin Needle loves tormenting him. And worst of all, Dad has been missing for almost a year, and there's no sign of him ever coming home. Barney just wants to escape, and find another life. Being a cat, for example. A quiet, lazy cat. Things would be so muc...

Father Christmas and Me

Father Christmas and Me

It isn't always easy growing up as a human in Elfhelm, even if your adoptive parents are the newly married Father Christmas and Mary Christmas. For one thing, Elf School can be annoying when you have to sing Christmas songs every day - even in July - and when you fail all your toy-making tests. Also it can get very, very cold. But when the jealous...

Philip Noble is an eleven-year-old in crisis. His pub landlord father has died in a road accident, and his mother is succumbing to the greasy charms of her dead husband's brother, Uncle Alan. The remaining certainties of Philip's life crumble away when his father's ghost appears in the pub and declares Uncle Alan murdered him. Arming himself with w...