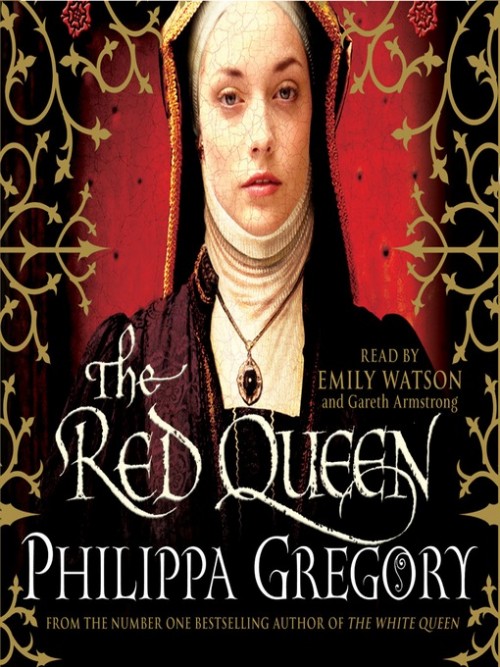 
The second book in Philippa's stunning new trilogy, The Cousins War, brings to life the story of Margaret Beaufort, a shadowy and mysterious character in the first book of the series - The White Queen - but who now takes centre stage in the bitter struggle of The War of the Roses. The Red Queen tells the story of the child-bride of Edmund Tudor, who, although widowed in her early teens, uses her determination of character and wily plotting to infiltrate the house of York under the guise of loyal friend and servant, undermine the support for Richard III and ultimately ensure that her only son, Henry Tudor, triumphs as King of England. Through collaboration with the dowager Queen Elizabeth Woodville, Margaret agrees a betrothal between Henry and Elizabeth's daughter, thereby uniting the families and resolving the Cousins War once and for all by founding of the Tudor dynasty.

Philippa Gregory-the #1 New York Times best-selling author of Parker Pen Novel of the Year The Other Boleyn Girl-delivers the first in a series of historical novels set during the tumultuous War of the Roses. This compelling tale of romance, rivalry, and revenge unfolds through the eyes of Elizabeth Woodville, the woman whose renowned beauty catapu...

Philippa Gregory's gripping historical fiction propelled her to #1 on the New York Times bestseller list. This fourth Cousins' War novel begins with the Earl of Warwick, whose schemes turn his daughter Anne into a pawn in his political games. After being married to Richard, the Duke of Gloucester, Anne finds herself in conflict with England's might...