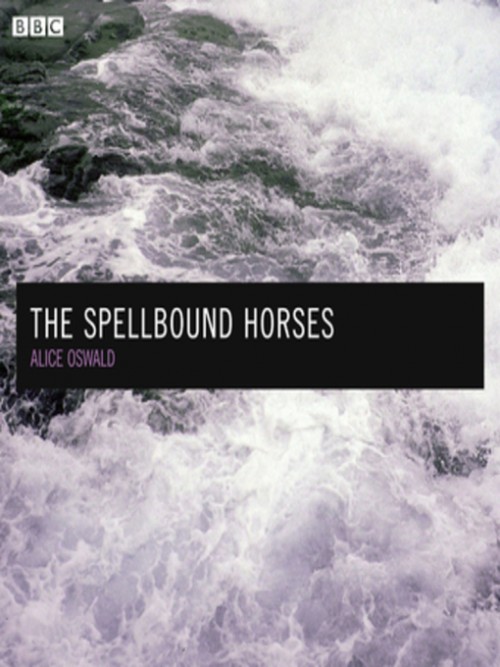 
A BBC Radio 4 drama of mesmerising delicacy from Julia Blackburn, winner of the Pen Ackerley prize for memoir 2009, and daughter of poet Thomas Blackburn. Originally broadcast as the 'Afternoon Play' on 29 March 2011. Thomas Blackburn was an alcoholic before he became a poet, but in spite of his drunken rages, his erratic behaviour and his crazy obsession with death, Julia always knew that he loved her. She learnt the transforming power of words from him, and she clung to them, a life raft in a stormy sea. 'Find the metaphor, darling!' he'd say, 'and when you've got that, you're on the way towards facing whatever it is that needs to be faced!' Julia is older now than her father ever became, and here is her son Daniel, about to get married. She worries about the impression she has given Daniel of his grandfather. There are no aunts or uncles to give a different twist on Thomas' life so it has all come from her: stories of bad behaviour and drunken excess, told to make Daniel laugh with disbelief but not to bring him closer to the man who was his grandfather. And what has Daniel inherited as well as that lanky body and those bushy eyebrows? Could there be a locked box of trouble somewhere inside him, a smouldering present from the past? 'The Spellbound Horses' stars Diana Quick as Julia, David Troughton as Tommy and Martin Bonger as Daniel. Also featured amongst the cast are Sally Orrock, Jacqueline Tong and Brian Bowles.

The Museum of Curiosity: The Complete Gallery 2

The Museum of Curiosity: The Complete Gallery 2

The Museum of Curiosity is BBC Radio 4's monumental comedy edifice, and the only one with gargoyles in the foyer. It allows nothing inside unless it makes you scratch your head, stroke your chin or, at the very least, go 'Hmm'. Secondly, it is almost completely empty. Fortunately, helping to fill its vacant plinths is a gathering of the world's mos...

A BBC Radio 4 full-cast production of Homer's epic seafaring adventure, dramatised by poet Simon Armitage. In a twenty-year journey, fabulous fantasy mixes with extraordinary reality as Odysseus encounters enchantresses, nymphs, monsters, prophets and ghosts. From the temptations of the lotus flowers and the Sirens' song to the horrors of the Cyclo...

The Need For Nonsense

The Need For Nonsense

Andrew Sachs stars in this BBC Radio 4 'Afternoon Play' about painter Edward Lear. The Need for Nonsense was originally broadcast on 9 February 2009, and repeated on 17 January 2011. Julia Blackburn's play captures the warm, heartfelt and comic story of the Victorian poet and painter Edward Lear's lifelong friendship with his eccentric Greek servan...

Chain Reaction' is the entertaining BBC Radio 4 tag talk show where this week's guest is next week's interviewer. Famous names from the world of showbusiness choose who they would like to chat to, and must submit to being questioned in their turn the week after. In this eighth series, guests (and hosts) include Catherine Tate, David Tennant, Richar...

When We Are Married

When We Are Married

Eight seasonal stories from BBC Radio 4's Book at Bedtime. Everyone loves a bedtime story. And here are eight of the best, each with a Christmas theme, written by an array of literature's best-known names: Laurie Lee, Charles Dickens and Hans Christian Andersen are just some of the storytellers included in this collection. Amongst those giving voic...

Chain Reaction' is the entertaining BBC Radio 4 tag talk show where this week's guest is next week's interviewer. Famous names from the world of showbusiness choose who they would like to chat to, and must submit to being questioned in their turn the week after. In this ninth series, guests (and hosts) include Robert Llewellyn, Dave Gorman, Frank S...

Humphrey Lyttleton's Autobiography In Conversation: 'play As I Please'

Humphrey Lyttleton's Autobiography In Conversation: 'play As I Please'

Humphrey Lyttleton - Bandleader, cartoonist, writer, chairman of BBC Radio 4's I'm Sorry I Haven't a Clue, president of the Society for Italic Handwriting and doyen of jazz trumpeters. In conversation with June Knox-Mawer, Humphrey Lyttleton reflects on his extraordinary life; from schooldays at Eton and playing out Roll Out the Barrel outside B...