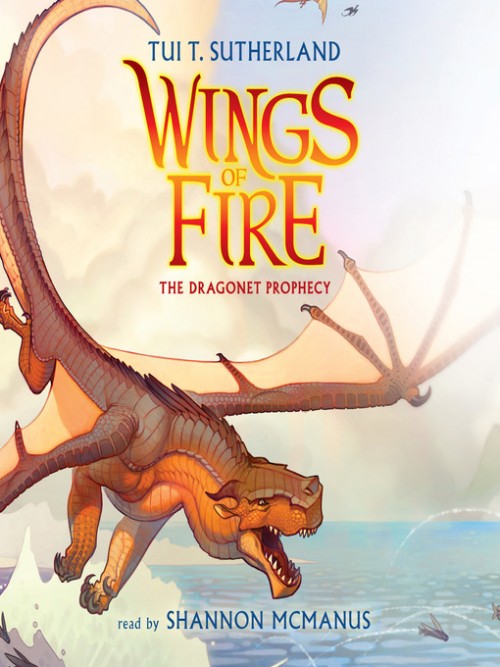 
A thrilling new series soars above the competition and redefines middle-grade fantasy fiction for a new generation!

The seven dragon tribes have been at war for generations, locked in an endless battle over an ancient, lost treasure. A secret movement called the Talons of Peace is determined to bring an end to the fighting, with the help of a prophecy — a foretelling that calls for great sacrifice.

Five dragonets are collected to fulfill the prophecy, raised in a hidden cave and enlisted, against their will, to end the terrible war.

But not every dragonet wants a destiny. And when the select five escape their underground captors to look for their original homes, what has been unleashed on the dragon world may be far more than the revolutionary planners intended . . .

The Wings of Fire saga continues with a thrilling underwater adventure&mdash;and a mystery that will change everything! Tsunami the SeaWing is overjoyed to be reunited with her fellow ocean-dwelling dragons. For the first time in her life, she actually fits in. But not everything is as perfect as it seems underwater. Tsunami and the other "dragonet...

The Wings of Fire saga continues! The other dragon tribes think that the RainWings are peaceful at best&mdash;and lazy at worst&mdash;but Glory's friends know she's more powerful than she seems. And now Glory is going to discover just how powerful her fellow RainWings can be&mdash;and how vicious.