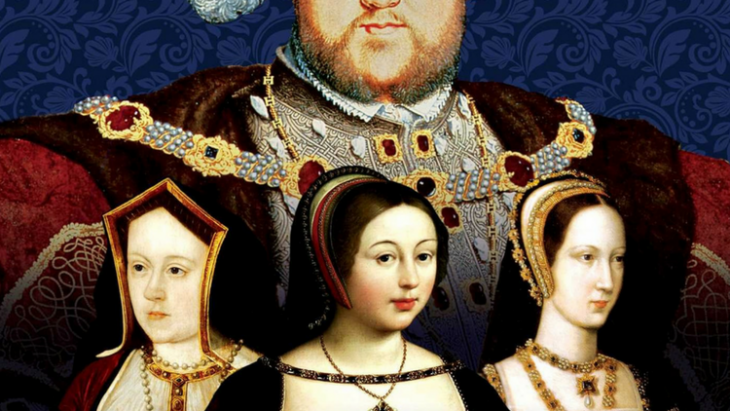 If you've seen the news at all recently, you might be aware that there's been a lot of royal stories about! The wedding of Prince Harry and Meghan Markle is less than a month away, and then the birth of Prince Louis stole the headlines.  All in all, interest in the royal family is at a high. If you're just as obsessed as we are, check out our five picks of books about royalty below:

Amelia Thermopolis is just a normal teenager living in New York when she discovers that she is actually the princess and heir to the throne of a small country called Genovia. Now, on top of trying to get her best friend's brother to notice her, she also has to take princess lessons after school with her Grandmére. If you've ever dreamed of finding out you're secretly a royal, this is the story for you. Plus, the audiobook of The Princess Diaries is read by Anne Hathaway, who played Mia Thermopolis in the film adaptation!

We all know the story of Henry VIII and his obsession with a male heir. In Wolf Hall Hilary Mantel gives us a view of him from the perspective of Thomas Cromwell. As the King attempts to divorce Katherine of Aragon and marry Anne Boleyn, Cromwell rises to become his most trusted advisor. Events that unfold in this novel set up the British monarchy to become its modern shape, making this book a fascinating read.

Edward VIII's father predicted he would destroy himself within a year of succeeding to the throne. In December 1936 he was proved right, and the world’s press revealed the king was abandoning his throne to marry Wallis Simpson. Princes At War tells the story of all four sons of King George V during a period of crisis for the British monarchy. Deborah Cadbury writes about the rivalry and animosity between the two royal brothers, and how the unlikely King George VI struggled to manage a family at war.

In the future, society is divided. America Singer is a "Five", an artist, who loves playing the violin. That is, until she is chosen to be part of The Selection. Prince Maxon chooses thirty-five girls to compete in a reality TV lottery, and whoever wins will marry him. America finds herself swept up in a world of elaborate gowns, glittering jewels and decadent feasts. However, she is keeping a secret that could get her killed...

Although united by their family loyalties, the three women in Three Sisters, Three Queens are also rivals. Katherine of Aragon becomes Queen of England, while Margaret, Henry VIII's older sister, becomes Queen of Scotland. Mary, the youngest, becomes Queen of France. At the mercy of the political maneuvers of their husbands, each woman must defend themselves from the other. What does it take to be a Queen? This book has the answers.

What do you think of these books about royalty? Let us know in the comments!

All five of these titles can be borrowed as audiobooks from the Listening Books library. If you liked this post you may also like 13 Audiobooks for People Who Like a Period Drama.